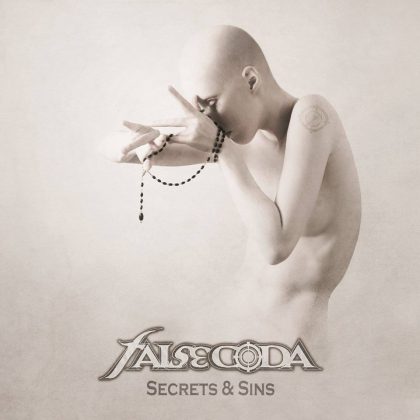 False Coda is a five piece progressive metal band formed in 2011 in Athens, Greece. After some lineup changes, they released their debut album in 2014, entitled Closer to the Edge that received very positive reviews from magazines and webzines around the globe. The shows that followed promoting the album were a big success and the support act for Evergrey’s show in Greece was the definite highlight. In October 2016 False Coda released their sophomore record Secrets and Sins with Stefanos Zafeiropoulos (Conspiranoia) taking over as the lead singer. A friend of mine introduced me to them two years ago. As far as I can remember their debut had spent two weeks in my player.

The best is yet to come

Some time ago I have read that Jeff Loomis will be special guest on the new release of False Coda and it caught my attention. The promo single Monolith which includes a guest appearance by Jeff, did not say much to me about the upcoming album though. I really didn’t know what to expect from the rest of the material.

Secrets and Sins starts with Throne of Blood. It’s a great choice to open a progressive album. Already in the first track the band shows all their potential. It’s an amazing and dynamic song with beautiful keyboard sounds all over the place and very well combined with the amazing vocal performance by Staefanos. There are some folk influences in the background which gives a special flavor to this tune.

Moral Compass offers the amazing keyboard sound once again (the best thing about this album) and some really good guitar riffs. This time the vocals are much more aggressive. The next song New Paradigrim is one of my favorite pieces on this record, with amazingly balanced instrumental parts, strong rhythm section and one of the best performances by Zafeiropoulos. The title track is a great progressive song with lots of transitions, where every member of the band shines. Flickering Lights is a great song with some catchy heavy melodies and very emotional vocal delivery, some Dream Theater and Symhony X elements are very obvious. Monolith sounds completely different from the rest of the songs here; some unusual melodies and song structure and amazing guitar work by Jeff. Moment is probably my favorite song on the album. It has strong Dream Theater Images and Words vibe, lots of variations, amazing lyrics and the guitar work by Vasilis Millios. One of the best prog metal songs I’ve heard in this year. The Truth Lies starts as an AOR tune and then turns into melodic prog piece, in some way this is the band’s tribute to the mainstream prog sound of the 90s. California is a hauntingly beautiful ballad which closes this album. I have a special kind of weakness for progressive metal ballads and I’ve listened to this one many times on repeat.

My main complaint about this album is that there is too much unnecessary virtuosity and that some parts really sounds much like DT later works. However, at the end of the day this album was a really beautiful listening experience. If you are really into progressive metal you must to check this Secrets and Sins. Satisfaction guaranteed. This is a huge step forward in the right direction.

The Athenian metallers with their second album Stephanos Zapheiropoulos as the new singer in their line-up, march in the progressive metal paths which have been especially loved in our country. Their origins seem to lay in Dream Theater and all major groups of this particular genre. The band seems to be updated about the new trends in sound. Theatrical vocals, in some parts with a more aggressive mood, but never brutal. In my ears it sounds as a pure effort to approach that sound. The hearing flows with a nostalgic feeling, the musicians are all amazing, but in the end they do not make the difference that will impress. Flickering Lights is excellent and many thumbs up for the California successful experiment.