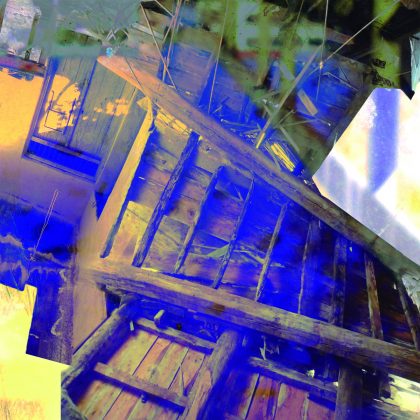 The dissemination of the domestic contemporary progressive rock scene in the Greek territory is as impressive as the music created by these bands nowadays. A typical example of the aforementioned conviction is the band DiZZY DiZIGN from Kyparissia, Messinia, who formed in 2008 and in 2011 impressed with “Dizality”, both with the performance level and the specific character of their music. Managing to combine many elements in the progressive rock domain with the main one being  neo-prog, (not particularly popular in Greece), they created expectations in those who listened to that debut.

Today, almost five years later, “Exposure L” is a fact, the experimental element is clearly more intense and the bar is much higher for the five Sabaziotis brothers constituting DiZZY DiZIGN, as another Gentle Giant, but absolutely on the level of a family.

The Peloponnesians DiZZY DiZIGN come back in the spotlight with their second release, in the first ten days of the New Year, with its online version having come up around Christmas. Is this fact a sample of diligence and hard work by the Greek musicians? Clearly yes!

It seems that the Greek artists coming from Kyparissia did not have a holiday. And not only now, but in general.  As they themselves note very eloquently (and rather much better than any editor or external observer), an effort was made to shift the sound towards less conventional directions in this new release titled “Exposure L”.  Definite proof of this successful approach is the fact that anybody listening to the music in “Exposure L” finds it really hard to make a classification according to the genre.

And one might ask: “is this something bad”? I will personally answer: certainly not. By reading about the band’s influences, one can realize a plethora of musical sounds with no chronological barrier. I have the impression that they tried to convey something like that in their recording sessions, in which they were left overwhelmed by the rhythm and the motif they had in mind, rather than be consumed on second thoughts.

On a more substantial level, the music coming to the listener’s ears can be easily characterized by anything that can be associated with the word “experimental”. Indeed-without completely escaping from the conventional part-the Peloponnesians are flirting with the most interesting currents of progressive rock and this is due to the great work they have done with instruments like the saxophone. An obvious example is the coda of the record where the improvisation is plain as day in combination with the experimental element, where in other parts as in the penultimate “Likelihood”, progressive rock is prominent. It’s in these compositions where the band reaches simultaneously its darkest aspects and in combination with the vocals (especially in “Dawns”) the final blend is tremendously good. On the other hand, I would personally crave for similar moments in the first half of the record, without implying some kind of resentment towards these pieces.

In conclusion, “Exposure L” is one more right step towards the direction DiZZY design have chosen and at the same time a step forward for the Greek scene. We would gladly see them pushing the envelope even further in their next record.

The five brothers from Kyparissia are coming back with their unusual and quite dark neo–prog with saxophone accompaniment. “Exposure L” is overwhelmed with beautiful melodies, clever themes and feeling without aesthetic discount. Unfortunately, the production remains in an almost homemade recording level, subtracting points from a commendable otherwise effort.