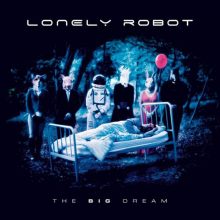 John Mitchell (Kino, It bites, Arena among others) will engage the prog audience this year  with his latest project Lonely Robot, who are about to release on April, 28 via Inside Out Music the follow-up of their debut album entitled The Big Dream which you can preorder here. Three videos of a total duration of 12 minutes have been uploaded on YouTube where John Mitchell gives us the lowdown on their upcoming release in his orange jumpsuit, which you can watch below. The first single Everglow, which is the first song he composed for The Big Bream, is also out and you can listen to it right here.