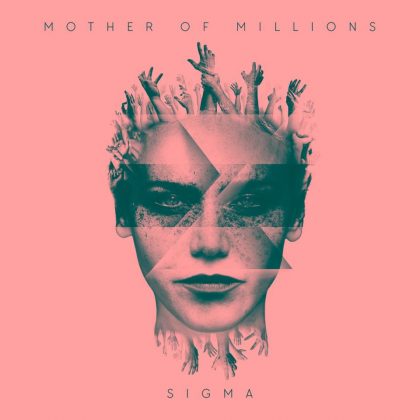 Our first acquaintance with Mother of Millions was their debut album Human. Their second one Sigma verifies that the initial enthusiasm was absolutely justifiable and this is not about a mere promising band. Their whole attitude is professional, their sound is fine-tuned, their arrangements have clearly evolved compared to their first album. It is a truism talking about “a flourishing Greek prog scene” since its weightiness is so obviously of a worldwide caliber.

When Sigma stands for superiority

The first review I ever did for progrocks.gr was about Human, the first album of Mother of Millions. I still remember what this alt-prog album of the Greek quintet did to me. The positive impressions were reinforced by a live show at New Long Festival a couple of summers ago and the culmination of this was that they opened for Leprous at their gig in Athens. I think that this show spawned the seed of change, shifting from alt-prog to a more experimental prog metal take of things, while sneaking furtive glances towards progressive rock.

On Sigma the band remains at a high level, technically-wise, and the keyboards play a more important role without this meaning that the rhythm section or the guitars are not up to par. Of course the bar of the compositions is set up high and the production, aside from strong and clear, is so meticulously taken care of that leaves a sensation of cohesion throughout the album. Mother of Millions are still chiefly influenced by Tool, but on this album they have grafted elements from Leprous, Gravitysays_i (on the title-track) and a dash from Mars Volta on their sound.

Naturally, they haven’t severed ties with their past, since the tunes that lead off the album could be easily included in Human, but as the record flaws the songs portray the new direction of the band which is more melodious. Illustrious examples are Rome (that’s where Mars Volta come into play) and Collision, while the instrumental Τheir Passage, The Light and The Rapture showcase the knack of the band to compose songs that encompass elements from avant-garde to hints of traditional Greek music. The climax, in my view, is Spiral with djent guitars, tribal drums, dreamy keyboards and a melodious refrain, a combination that illustrates their ability to compose truly “big” songs.

On their second album, Mother of Millions deliver 40 minutes of quality and progressive metal , an album which is streets ahead compared to its predecessor, a solid album featuring a personal sound and blazes its way from start to finished free of weak moments. In my opinion it is an album that is on the match with any alt-prog release, no matter where it comes from. This is one of the best albums of the year.

Second album for Mother of Millions and there is another face (or is it the same?) on the cover that looks us straight in the eye as if it asks us to apologize. Sigma treads on the same sound motifs and the aesthetic standards of its predecessor, only this time they are more solid and mature. Crossover / alt prog sounds with tight rhythm section which fits nicely with the sharp guitar riffs. As expected, the vocals serve masterfully the music since they place much emphasis on the heavy parts and they load with emotion the quieter ones. Aside the “traditional” alt-prog sounds the band goes on enriching the arrangements with eastern elements and traditional instruments that make the whole experience more fascinating. When Human was released there was a cautious optimism about the future of the band. Now I think that the future is here and Sigma gives a hand to the promotion of the Greek scene.

Makis Tsamkosoglou (Mother of Millions): “Μ.ο.Μ. is a living organism with a collective consciousness”

Listen to the first song off “Sigma” by Mother of Millions