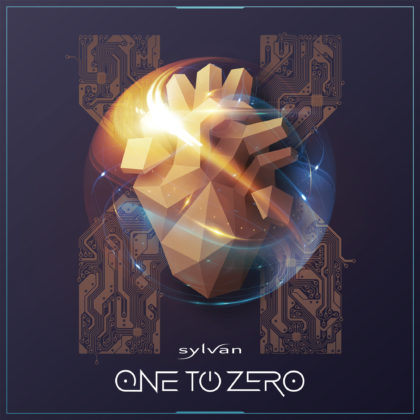 While Sylvan have been steadily releasing good (maybe even sometimes great) albums, the Germans have always stayed under the radar when it comes to neo-prog releases. Sylvan spent the first decade of their career releasing albums with the frequency that would characterize the enthusiasm of a young band. While they never reached the peaks of their 2006 release Posthumous Silence their releases were always up to a great standard. In their second decade, their releases are sparser with One to Zero being the first album of the band in 6 years. The Germans like creating concepts that help create cohesion in the sound and storytelling of the album. Album number ten is not an exception with the only thing that remains to be seen is if the qualities that made the band unique are still present.

More and less at the same time

What does an AI feel? What is the experience that it (he? she? they?) has throughout its existence. Does the series of ones and zeros experience life differently than we do? This is the story that Sylvan are trying to tell in their tenth album. While it might not be the most original story (Bladerunner might be the first work?) but that doesn’t mean that a story like that can’t still be engaging.

Sylvan have not replaced guitarist Jan Petersen who left in 2012 which means that it’s the second album of the band after Home without a guitarist at the core of the band. Jonathan Beck guests just like he did in the previous album but this time One to Zero has more space for guitars. Which is a nice change and something that Sylvan have been known for. The album starts off with a futuristic feel. Bit by Bit starts with the keyboards before they move into a supporting role for the guitar and the always flawless vocals of Marco Glühmann.

The next few songs even though different tonally are mainly focused on the vocals of Marco. Encoded at Heart is a very pretty song starting as a somber ballad, and slowly picking up at the end with more melodic guitars and a choir closing the song. Start of your life shows the other side of Sylvan with a combination of slightly heavier riffs and pop aesthetic in the way the melodies are being structured.

Most of the tracks have an “easy” length of 3-6 minutes but they all flow with each other seamlessly which is a gift and a curse. Sylvan are masters at creating a concise thematic and make you want to continuously listen to the album. However, the spark and the content of the atmospheric and melodic parts is not so diverse, which makes it hard to distinguish if you’re at the beginning, the middle, or the end of the album. Part of Me is an exception to the “easy” length songs running at 9 minutes and 16 seconds. For the first 3 minutes or so it a pretty standard melancholic piano ballad, but after that, it slowly builds a nice soundscape with repetitive patterns that is reminiscent of a good old Arena or Porcupine Tree song. I can’t help to think how nice it would be to experience this song live (but maybe it’s because I haven’t been to a concert for 2 years).

Worlds Apart kinda falls flat since it tries to continue the atmospheric vibes after Part of Me but it can’t hold a candle to its predecessor. Go Viral was the official single coming out before the release of the album and while it does not characterize the whole album, it is a great song to showcase the energy that Sylvan can create. The keyboards create an interesting sound while the guitar solo gives hope that there is more where it came from.

Not a Goodbye closes the album with a nice amalgam of what was created in the album. The computer sounds that start the album are here to bid us farewell and signify the beginning of another cycle.

One to Zero is a nice reminder of the talent that Sylvan have. And while it is a great album there is a bit of excess fat here and there that would make the album really breakthrough to the Posthumous Silence or Sceneries.

23 whole years after the release of Deliverance album no. 10 for the German proggers is a fact. Six years after the previous album Home, One to Zero confirms that the Hamburg quartet continues unabated. Their new album follows the successful Sylvan recipe with perfect orchestrations, well-written vocal melodies by Marco Gluhmann who stands out once again, and compositions that are impossible to leave the friends of the traditional prog unmoved. The special element here is the obvious influence from Steven Wilson’s signature melodies (with Porcupine Tree and his solo career) apart from the band’s ever dominant love for the British neo-prog sound, in a more “solid” German version. Tracks such as the ballad-like Encoded at Heart, the catchy Start of Your Life, the lyrical On My Odyssee and the epic Part of Me stand out in a perhaps too homogeneous record, that cannot be compared with Posthumous Silence and Sceneries. Maybe it’s because the coolness of the reborn neo-prog sound in the 00s has at least faded. One to Zero is good, very good at some points, but Sylvan will hardly find new listeners with it.