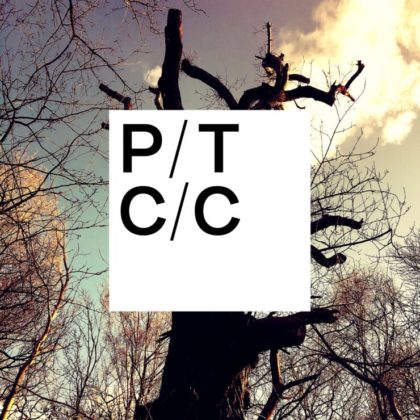 The return of Porcupine Tree didn’t come as much of a surprise to those who follow Steven Wilson’s career. However, 13 years after the release of The Incident is not little and of course a lot has changed since 2009. First of all, the band’s momemtum is not the same, in fact it was unknown if there was any or if the option of reviving the great band was a forced choice by Wilson after the disappointing The Future Bites.

In any case, the return of Porcupine Tree is by far the most important news for progressive music in 2022 and even without Colin Edwin, whether Closure / Continuation can impress the band’s audience is a huge gamble. And this makes it even more interesting…

Bridging the unpredictability of PT’s comeback with the monumental past, glancing at Steven Wilson’s top solo moments

The tacit retirement of a band whose reputation and artistic displacement had been steadily increasing until The Incident, Steven Wilson’s success with his solo career, but also the whispers of Porcupine Tree’s influence on modern progressive music led to their inevitable return. And if in previous years, primarily Wilson, but also Barbieri and Harrison on the other hand did not make the slightest mention of their new partnership, however no one ruled out that Porcupine Tree would return.

And if the absence of bassist Colin Edwin was felt in the gradually increasing “aggressive marketing” of Porcupine Tree after the initial news of their return as a trio, the first sample with Harridan erased any doubts of the venture and seemed to reduce the time distance to The Incident. So what do Porcupine Tree have to say about their eleventh album after so many years and with Wilson himself having emerged as one of the greatest pop figures of the British progressive sound? And if his masterpiece, The Raven that Refused to Sing was an ode to the original progressive side of the 70s, a fantastic personal touch to the edifice of the vintage aesthetic that extended into the music industry, the successful turn to more pop paths that followed, it increasingly brought to mind Wilson’s adventures with Porcupine Tree, as their exposure to a new audience grew through his constant (and excellent) touring to promote his solo albums. And Gavin Harrison, on the other hand, had the good fortune to tour with the eternally omnipotent brand name of King Crimson and its new line-up, always with Fripp at the helm, and he also participates in the remarkable Pineapple Thief.

Therefore, Closure / Continuation, with a clear self-referential essence in its title, comes in retrospect to justify the reputation of a band that has now conquered its timelessness even after such a long inactive period. And what the listener initially notices is that although the compositions were created over a long period, as they themselves state, they do not sound like the natural continuation of The Incident, and of course they are not fragments of recordings from that period, but new material. And if the opening Harridan that was the precursor to the album gives the necessary Porcupine Tree aura that connects their sound to its timelessness, with all those elements that characterize the group, the continuation is somewhat different, with compositions that vary but also sound familiar at the same time.

Although briefly most sonic references lie somewhere between In Absentia and Fear of A Blank Planet, it’s Wilson’s subsequent solo work that seems to have given the album a major influence. And if the compositions are based primarily on the early Wilson/Harrison collaboration and then Barbieri’s additions and editing, the aforementioned influence is now evident. Mainly The Raven that Refused to Sing and Hand.Cannot.Erase, of course, as these records are the ones that could be part of Porcupine Tree’s discography respectively. But since they preceded Closure / Continuation, their stamp and Wilson’s expertise in tracks like Dignity or Herd Culling are now recognizable elements, which combined with Harrison/Barbieri’s touches (mainly in the soundscapes built by Richard) are now integrated into the identity of this new era of the band. And if Colin Edwin’s absence doesn’t go unnoticed, Wilson’s bass work fills the gaps. With Chimera’s Wreck, the album’s longest track, perhaps has the most associations with the band’s past, as the gradual build of the composition, the solos, the dynamics on the drums and the atmospheric touches on the keys, all these elements are ones reminiscent of (perhaps even repeating) Porcupine Tree in Deadwing and Fear of the Blank Planet.

Still, in a consistency with the logic of boxsets, collectibles, deluxe and different editions, which was also done in the period of Wilson’s solo albums, three excellent compositions that could comfortably fit on the album are presented as additional material, taking away something from the its “normal” version.

So what’s a Porcupine Tree album to say after such a long absence? First of all, it is a release that has to meet the demands of an uncertainty about themselves that has developed over the years and manages to approach a monumental recording past, depending on what each of Porcupine Tree is looking for. Closure / Continuation contains all those elements that made Porcupine Tree popular after In Absentia, bridges with a characteristic Wilson comfort writing recognizable songs, the band’s present with his solo work and is ultimately a release aimed at primarily to their fans and with that it manages to be a successful comeback. Porcupine Tree charms again and sustains its legend with the same successful recipe of well-crafted quality compositions.

These sounds were missing for many years from our speakers. The direct riffs, the experimentation with funk, the sounds of Tool and Opeth and the nostalgic references of the 70s through the filter of alt prog, which Porcupine Tree helped establish, all sound pleasant to my ears – the recent solo albums by Steve Wilson could not, for various reasons, fill the gap. The Wilson/Barbieri/Harrison trio seems to have worked a lot on these compositions through the years, sounding very mature. The sequence of the songs reminds me of a peaky sine wave (dynamic to mellow and vice versa) and helps consume the album fairly quickly. The elements of surprise but also cohesion are somewhat missing (the sum of parts seems far greater than the whole) and thus this work is unlikely to be mentioned as one of their top moments. The electronic experimentations in Walk the Plank and the peak achieved during the inspired, epic, Chimera’s Wreck are not enough to achieve this. Maybe this is not needed for now, perhaps the mature return is enough to satisfy our curiosity (until next time) and it certainly does not take away from the group’s legacy…