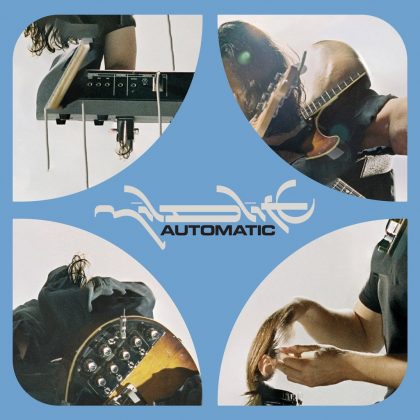 When the Australians introduced themselves to the public with their debut album Phase in 2018 (check our review here), they immediately excited those who fancied their well-played funky krautrock. The high level of technique combined with their impeccable rhythms was enough to place them in a category of very few progressive rock bands that maintain hopes for commercial success. Their return this year with their crucial second album Automatic, in a difficult period for touring, but with great need for pleasant, good music, will probably make them stand out (even more).

It’s possible that Mildlife’s Phase will be considered as a milestone of progressive music in the future or it may be forgotten by the wide mass of rock music listeners. The reasons that determine the legacy of art are not objective and although the information is now permeated very easily and quickly, it is respectively so massive that it makes it unmanageable. Mildlife from Australia is one of those bands that made some kind of a buzz with their debut, which was cut several times on vinyl, since they themselves could not predict the impact of their sound. The flawless mix of funk mood, synths that draw their melody from the krautrock scene, and the surgical jazz playing at every step, are enough to impress. But beyond that, Mildlife compose really nice songs. And ultimately that’s what’s most significant. In Automatic, where they chose more or less the same ingredients, they do not follow the path of impressing with new elements, but essentially make a kind of introspection on what they created in Phase, and once again prove they can compose very remarkable songs.

To analyze that a little more, the most typical example is Vapour, a song very close to an original dance composition. Although it includes Kevin McDowe’s ethereal vocals through the vocoder, a solo flute, and various passages of synths, it has a unique body of a memorable melody that even Herbie Hancock would envy. Exactly the same happens in the next song, Downstream, except that this melody is played on the guitar, while the rest of the elements (synths, flute, vocals) revolve around it, adding what I usually describe as a “renewal of interest”. In non-pop songs, which are not based on abrupt changes in melodies or rhythms and last more than three minutes, these ideas determine the final result. And Mildlife do not fail anywhere on the album.

In fact, in the two longest compositions of the album, the amazing titlte track that closes the album and the atmospheric spacey Citations, the band devotes a little more to its experimental nature and lets the compositions evolve more freely, not at the level of a jazz improvisation, but closer to the psychedelic escalation of The Magnificent Moon, the opening track of their debut and now a trademark of their sound. If the original disco rhythm is added to all this, I see absolutely no reason why the album should not be ranked among the most danceable rock albums that have been released recently.

With Automatic succeeding in all the areas you expect to matter on such a record, it’s natural to ask whether they have outdone themselves. And you can easily say that they have released an equally great album, because they had already achieved perfection. Time and especially the twofold of choices and circumstances will offer them what they deserve and it’s called global recognition. Automatic is Random Access Memories of rock music, if you ask me today.

Mildlife is a great exception at a time when personal style and signature sound are more or less missing. Most importantly, this is achieved by a brave mix of seemingly diverse elements that convincingly serve – rather than simply constitute – the sonic amalgam of this great new band. That would be enough even if the compositional level was not that high, even if it is not an intensely danceable record. Electronica, jazz, psych rock, krautrock, disco, balearic, funk, jazz, and indie are intertwined in a rhythmic, analog, robotic prog rock web that owes a lot to the 70s, the 80s and the 90s, but belongs to today only.

Automatic is a natural continuation of Phase and this is not only not negative, but it proves how confident the Australian quartet is. Investing in their great, solitary course and their already crystallized style, Mildlife reveal new connection points of music genres, which would sound at least reckless outside the band’s aesthetic shield.