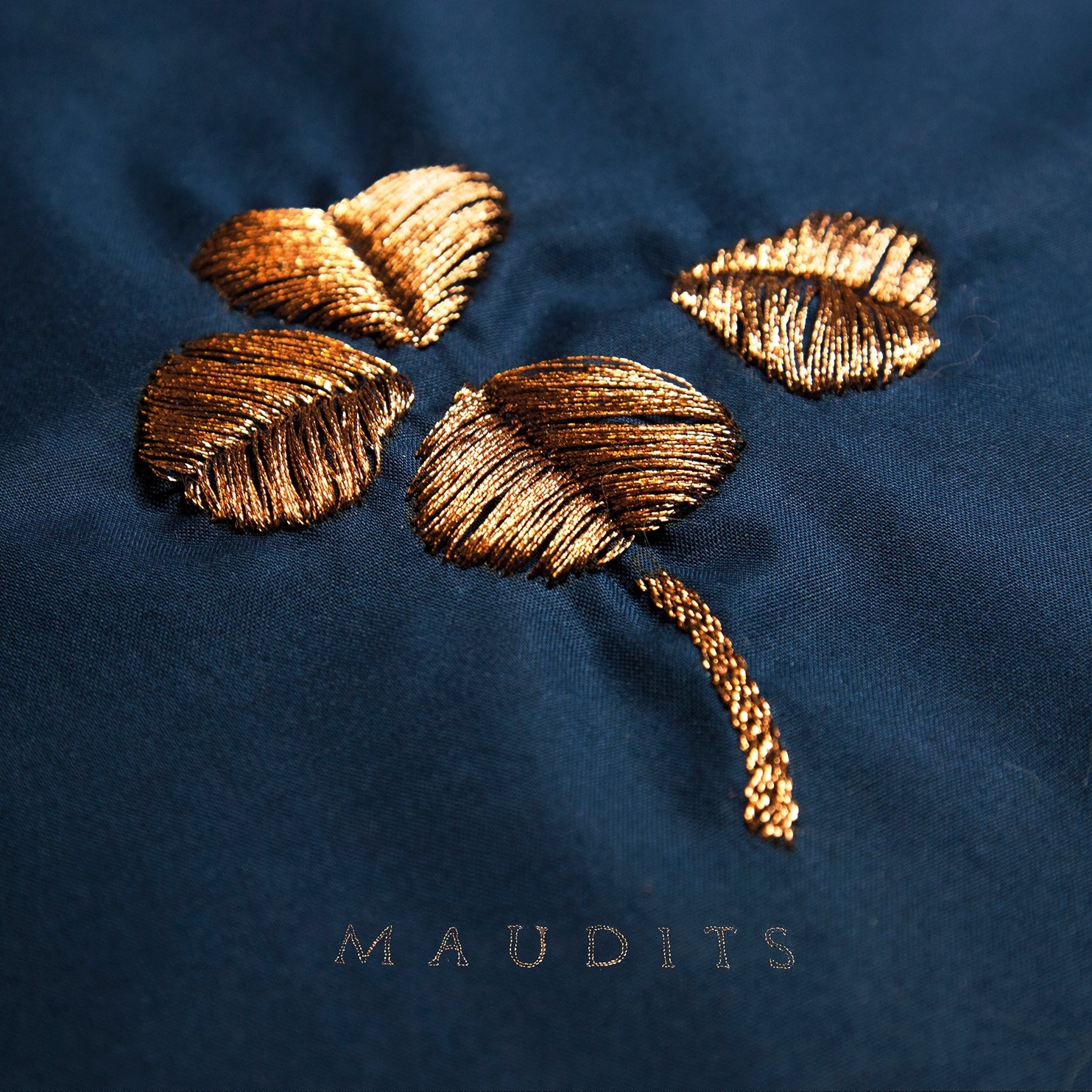 Reviewing debut albums is always of particular interest, as the unknown is always an extra-interesting factor. The case of Maudits is even more special, as the trio from France maintains a mystery regarding the identity of the members and their music itself.

Formed by members of Throane, Ovtrenoir and ex members of The Last Embrace, Maudits are: O (guitar), A (bass) and C (drums), while the album also features: Emmanuel R (keyboards, samples, string arrangements), Caroline B (violin), and Dehn Sora (whispers, theremin, noises). Influenced by doom, post-rock, progressive and ambient, their first album is imagined as the score of a damned year for its creators. The band describes the album: “Motivated by a cathartic need of liberation, create mental images to plunge in a balance of light and void.” Interesting, right?

A wide range of influences can be found on the debut album of the French trio of Maudits. The overall sound is somewhere between post-rock, doom, ambient, and metal, but they have certainly managed to form their own sound, without ripping off any post-rock or similar bands. You need to be extremely proficient as an instrumental band to engage the listener for 44 minutes, and Maudits have displayed essentially a master class in how to do so.

Being a trio is not a handicap and O (guitar), A (bass), and C (drums) exploit their musical capabilities very well, being a very proficient band technically-wise, but never going in the virtuoso or shred direction. On the contrary, they seem to be more interested in exploring musical atmospheres and they do so wisely. The album consists of six songs. All of the tracks fit well with each other and they contribute beautifully to the entity of the album, being amazingly diverse with frequent mood changes throughout. There is plenty of heaviness to contrast with the lighter sections. Eerie and ambient progressions with melodic solos and heavy grooves are the main characteristics of the album. The dreamy textures, euphoric guitars, and simply put hypnotizing beauty somehow make you forget that these guys are first and foremost a metal band.

The highlight is the album opener and the most progressive track in the album, Maudits. It starts out pretty much raging, yet still managing to build up in tempo and power, and thus offers an ultimate climax. The complete absence of vocals makes this song and the whole album somehow more unique and special. I guess that a vocalist would probably make their music much more predictable and recognizable. The production of this record is well done and you can really hear and feel the depth of all instruments. Luminal is a fantastic ambient piece and my second favorite here. It’s hard to find the words to describe the wonderful use of the acoustic and string instruments; the melody brings up emotions which one could argue that this the whole purpose of this album as a whole.

Overall, a very heavy and very interesting album that deserves repeated listens. The songs on this album take you on a journey that is well worth your time. I’m utterly surprised at the fact that I love this album as much as I do. Highly recommended for all fans of instrumental music.

After reading the description of Maudits’ music on the band’s official website, I confess that I had reservations about. The experimental approach under a post-rock, doom, and ambient prism usually refers to grandiose, epic sludge dead-ends, but fortunately the French band’s debut has nothing to do with this generalization. The sound of Maudits has diversity as it’s based primarily on melody, without proposing a vague atmosphere as an alibi. The structures of the tracks are thoroughly worked, the level of technique is high, the orchestration is perfectly targeted and the songs are full of pleasant surprises. The most important thing here is that both in the calm and the heavy parts, the band does not give in to pessimistic, slow (and fatally boring) themes, but instead follows the difficult and very interesting path of compositional depth, aiming at the listener’s emotions and the successful creation of picturesque music. The album is a wonderful, unique journey that you want to listen to and live again and again, having the reasonable suspicion that the French trio has in store even more important things for us in the future.