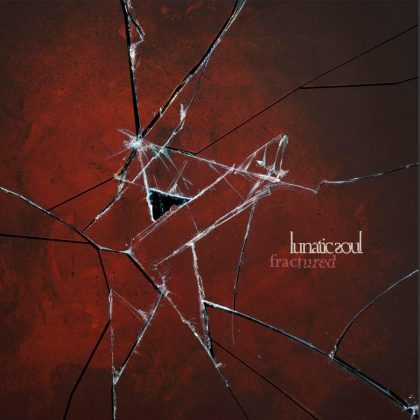 Lunatic Soul is neither just a personal side project, nor a field of unrestrained experimentation deprived of responsibilities. Right from their self-titled debut album, Mariusz Duda made clear that Lunatic Soul shouldn’t be seen as the neglected child of Riverside that someone should dismiss lightheartedly. Every album they do tops the previous one and in the most recent Walking on a Flashlight Beam, which was really impressive, the attempt to differentiate their sound was obvious.

Fractured is the first album of Mariusz Duda after the passing of his father and his bandmate in Riverside, the guitarist Piotr Grudziński and these losses have permeated into every single note.

Emotionally taxing (to say the least)

If you lose within a year your father and one of your best friends, then no one would blame you if coping with reality on a sentimental level is a bit too much for you. We can philosophize interminably how a man could put up with such losses. Mariusz Duda channeled all his energy to put together the new album of Lunatic Soul, entitled Fractured. He embarks on a musical journey in search of a way “to turn sorrow into strength”.  When interviewed on the album, Duda said that these events that affected him in 2017 had naturally a direct impact on this release, but he also wanted to do an album about how a man can cope with reality.

While experimentation on Walking on a Flashlight Beam had taken a backseat, this is not the case in Fractured and this becomes evident right from Blood on the Tightrope which starts quite electronically and plunges the listener into the aesthetic of the album. Duda chants throughout the song which is highlighted by a beautiful rhythm section. No wonder then, that it is one of the best openers in the Lunatic Soul catalogue.

Anymore is a more straightforward tune and could be easily included on the previous record, meaning that it strikes more as a single than part of the album. Crumbling Teeth and the Owl Eyes and Red Light Escape that follow up convey much better the notion of something fragile with compelling and haunting melodies beautifully arranged that maintain the interest.

The summit of the album is A Thousand Shards of Heaven which encompasses all of the elements we came to love both in Lunatic Soul and Riverside. It starts out as a nice ballad with Duda’s vocals on the lead and gradually other instruments like the electric guitar and the saxophone join in and interweave masterfully with the bass line. A hell of a peak just before the colder Battlefield and the redemptive Moving On.

The experimentation on this album has to do mainly with its concept and secondly with the music itself. Fractured is a quite personal album where Duda pulled off to channel his mood and energy aiming to achieve a sense of catharsis. A man who had been through thick and thin lately, but he got stronger and more mature out of this and through this catharsis he became able to move on into the future.

My first impression was that the album is, in essence, a hotchpotch of feelings – on the one hand grief, melancholy, rage and optimism on the other – pervasive and tangible in every song. Right from the opener Blood on a Tightrope it is obvious that the album is different from what Riverside are doing, namely it is more intense and loaded with heavier doses of electronic touches and other stuff that testify that Mariusz experimented. In Anymore I figured out that Fractured had already made its way into the list of my favourite albums. Crumbling Teeth and Owl Eyes and A Thousand Shards of Heaven inch closer to the style of Riverside: they are melodic, harmonic and more on the progressive side compared to the rest cuts of the album. The mood takes a completely different turn in Red Light Escape becoming more electro/psychedelic and the disposition of the album changes abruptly.

They say that every artist pours a part of his soul into their work. My view is that in Fractured Mariusz unfolds his feelings trying to find himself and achieve catharsis by creating a totally personal and an undoubtedly remarkable album.

Monday August 24th, 2020 News Comments Off on Mariusz Duda releases video for second solo single ‘Are You Ready For the Sun’