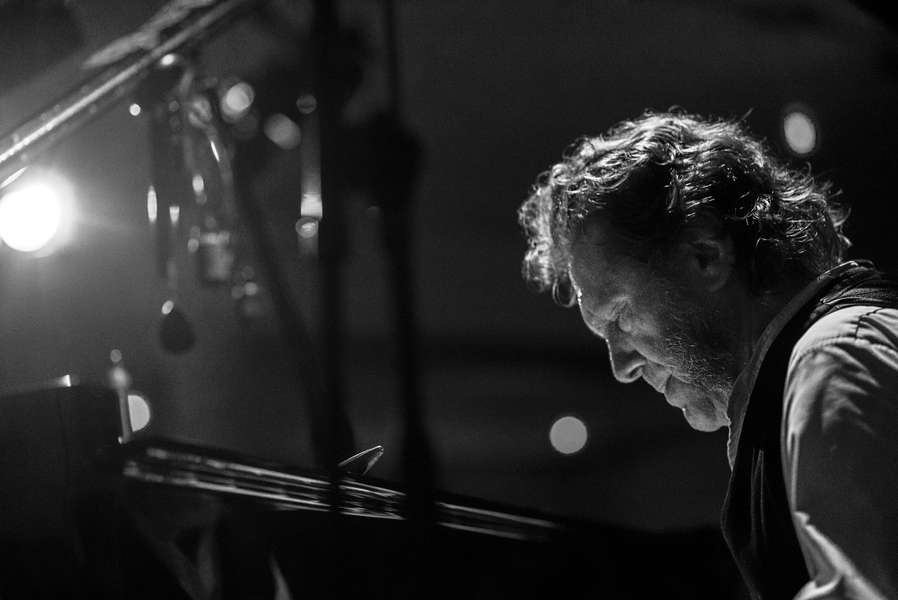 British jazz pianist and composer, Keith Tippett, has passed away at 72. His career spanned jazz-rock, progressive rock, improvised and contemporary music, as well as modern jazz for more than half-a-century.

Tippett was born in Southmead, Bristol. He moved to London in 1967, to pursue a musical career, and while taking menial jobs became known in jazz clubs.[3] He attended a summer school for jazz musicians in Barry. This introduced him to fellow musicians Marc Charig, Elton Dean, and Nick Evans, with whom he formed the Keith Tippett Sextet, along with various bass players and drummers. The band won a residency at the 100 Club, which in turn won them a contract with Vertigo Records. Two albums were released by the label, You Are There… I Am Here (1970) and Dedicated To You, But You Weren’t Listening (1971). They also worked with the rock band King Crimson. With Charig and Evans, Tippett featured on electric piano on the band’s third album, Lizard. Tippett featured on the single “Cat Food”, and appeared with KIng Crimson on Top of the Pops.

Tippett declined the offer to join King Crimson in order to continue to lead his own group, but he and Charig also played on the band’s album Islands. After leaving Vertigo, Tippett formed Centipede, a 50-piece band that also included his wife Julie, formerly Julie Driscoll, and brought together much of a generation of young British jazz and rock musicians. They recorded one double-album, Septober Energy, a Tippett composition, which was released on the RCA label in 1971. Despite substantial publicity, the album failed to sell in sufficient numbers to justify the expense of maintaining the project.

For his next album, Blue Print (1972), he used a smaller group comprising himself and Julie Tippetts with bassist Roy Babbington and drummer Frank Perry. The band then expanded slightly to become Ovary Lodge, who recorded two albums, one for RCA (produced by Robert Fripp of King Crimson) and a second for the Ogun label. Tippett and his band also recorded in the 1970s for Giorgio Gomelsky’s label, Utopia, releasing the album Sunset Glow. Tippett continued to play with various combinations of musicians through the 1970s, playing improvisational jazz and jazz-rock with such musicians as Stan Tracey, Dudu Pukwana, Harry Miller, Elton Dean, Hugh Hopper, and Louis Moholo.

Tippett never stopped recording his music throughout the 80s, 90s, 00s and 10s, and 37 albums with his music have been released since 1980.