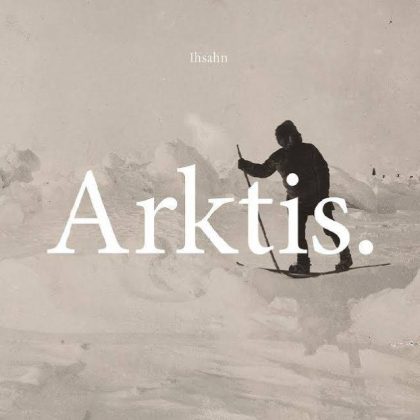 Following Ihsahn’s music career for some years now, it reminds me of Chuck Schuldiner’s (Death, Control Denied). And this can be based on several arguments. 1) His first band (Emperor) laid the foundation of how black metal should be played, 2) being the band’s main composer, he didn’t rest on that, but from album to album he evolved the compositions, 3) when he felt that what he composed was very different from what his band repsresented, he started something new without betraying the history and the fans of his previous band. Maybe I’m exaggerating things, but I believe that he is an artist of high caliber and I hope you continue reading the review.

His 6th and best album

Three years after the good, but rather the weakest of Ihsahn’s album, Das Seelenbrechen, Arktis. comes out, in which Ihsahn, as the only member of the band, plays all instruments except for the drums, with Tobias Ørnes Andersen (ex-Leprous) taking up that role. The production is clear and relatively strong, with the guitars and the vocals being a step forward and the drums on the background, while the bass and the keys help to make the final result sound not flat at all.

Generally, in each album, Ihsahn mixes different genres with the special melodies he composes, but in Arktis. I have the impression that he followed the reverse procedure. He wrote different musical idioms and pulled it off to be a good match. For example, Until I Too Dissolve is a hard rock track, but he tailored it in such a way that it does not sound incongruous, while In the Vaults proves how pop music should sound in his view. This happens in other tracks too, such as in Frail which is an electronic piece, in Mass Darkness, that could have been included in a melodic epic metal album, or in My Heart Is Of The North, a 70s piece à la Ihsahn. I also found Disassembled and Celestial Violence wonderful which are more direct songs and remind of Leprous, but what stood out in my opinion is Crooked Red Line with the saxophone and the soft melody, and Pressure that reminded me of  Emperor.

In his sixth solo album, Ihsahn probably delivers the best work of his solo career so far, an album full of inspiration that retains all the key features of the synthesis he has developed, being more melodic and easy to listen alike. For those following his discography, Arktis. might perhaps remind them of After in its more melodious parts, but the production is a far better one. The rest of you, just get ready to listen to a progressive metal album that goes beyond the barriers of progressive metal. Give it the time it deserves and you will be rewarded. It is definitely one of the best albums of the year so far!

The logical sequence of a solo career listing six albums in a decade is the sharp variation of the quality of releases. As an exception to the rule, Ihsahn and his album Arktis. confirm his constant commitment to the Art he stubbornly defends. 80s metal, modern Norwegian metal (I hate the term avant-garde), experimental approach to link disparate influences are few of the best brother in law someone could ever have.