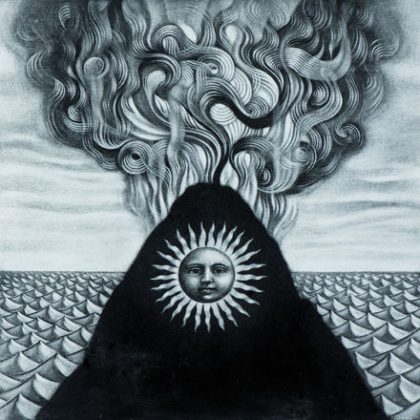 Over the last fifteen years Gojira have engraved their own personal path to self-fulfillment and regardless of taste it is true that the route they have chosen was not the most convenient. On the contrary, the most striking feature is that the quartet of J. Duplantier, Andreu, Labadie and M. Duplantier remains stable until today.

From “Terra Incognita”, their quirky tech / groove / prog / death metal gradually evolved in an unpredictable way. “From Mars to Sirius” (2006) caused a lot of talk around their name. Four years after the impressive “L’enfant sauvage”, the French are looking their wider recognition with a sharp shift in their sound.

Their new album bears as a title the name of the most important French band in history according to many, and since the day of its release, “Magma” has been a very interesting topic for discussion among music fans worldwide.

Remains to be seen…

I do not know whether a friend of music can feel “betrayed” by such a move in the year 2016, the fact remains though that a band trying to break down the barriers of the genre they “serve” can only be counted as a positive one. This is exactly what happens with Gojira and their new album, which bears the (momentous for fans of prog) title of “Magma”, four years after the excellent “L’Enfant Sauvage”.

Gojira’s new album is characterized by a deeply atmospheric, evocative environment where clean vocal melodies outweigh Joe Duplantier’s rough vocals. The band, having maintained their trademark sound, attempt to format the labyrinthine, massive playing in more catchy and ambitious compositions and try to redefine their musical style by mixing elements of Metallica (“… Justice” era), Korn, Mastodon, Soulfly, and even from early Sabbath. By doing so, willy-nilly, the band is moving to more mainstream paths. In several moments, the result is highly successful, such as the characteristic “Silvera” (with that brilliant video clip), “Stranded” and the homonymous track where the balance between technique, sound and ideas touches perfection. The use of clean vocals prevails, without avoiding excesses in some parts, especially in the interpretation level. The flow of the album is like hail to such a point that the tribal, acoustic closure (“Liberation”) seems necessary. Thus, undoubtedly an artistic feasibility is served, but the polished and “stretched” production of the album is likely to be tiring.

“Magma” came for Gojira in a particular point in time, where the brothers Joe and Mario Duplantier, influenced by the loss of their mother, feel the need to express themselves artistically in this way (and at this point, the parallels with Mastodon are just inevitable). This is a transitional album and it remains to be seen whether it will signal a change of direction for the band in the deepest waters of the ocean of rock music in general or it will be a parenthesis in their interesting discography. In any case, the shift they are trying to their sound is a very interesting progressive culture sample – if anything. Undoubtedly, “Magma” is a “front line” release in the context of heavy sound.

As part of Gojira’s integration into the metal pantheon, every album of theirs is a reference point for each year. And “Magma” largely justifies the character that the public attributes to it achieving not to be a boring rehash. For the first time one would observe instabilities in the dividing line between the ‘hip’ and ‘catchy’, offering almost contradictory pleasures and disappointments (few). Apart from a very remarkable album, “Magma” now raises legitimate questions about what kind of band Gojira really want to be. I would prefer that of “The Shooting Star”, “Low Lands”, “Magma”, and “Pray”.