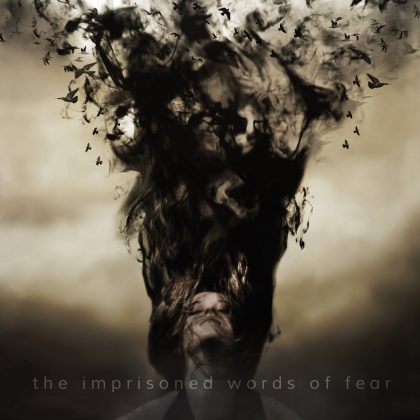 More than 3.5 years have already passed since the release of the amazing “From The Small Hours Of Weakness”, the second album by Verbal Delirium which was a very big step forward from their impressive debut “So Close & Yet So Far Away” (2010). This length of time was also enough to confirm that the initial enthusiasm, the great surprise and the sense of certainty that this was something rare and new for the (until recently rather poor) Greek progressive rock scene.

In recent concerts of Verbal Delirium we got a glimpse of the technically demanding material of “The Imprisoned Words of Fear”, which had been written several years ago and had been recorded as a demo in 2007 (!). The impressions were at least very positive, but the bar is already set very high for Verbal Delirium, on their own responsibility.

Verbal Delirium are back after their wonderful second album, betting on consolidating themselves in the global progressive rock scene. In a first reading, “The Imprisoned Words of Fear” maintains all the elements that made the band special, while improving all of the individual areas and continuing the successful marriage of past and contemporary progressive rock.

The main special feature of the album is the “disruption” of compositional continuity, as the songs come from their early days. However, if someone does not know this, it will not be perceived. The six basic compositions (plus the atmospheric introduction “Words”) reveal a band more mature than ever, while the album seems homogeneous despite the different directions it takes (e.g. the sensational “In Memory” which draws the curtain). If we bare the compositions off the “accompanying” material we reach to the conclusion that they are greater than the debut and almost of equal to the second album. But it is the “accompanying” material that takes the Verbal Delirium to the next level. The sound here is deeper and the band sounds more compact. Generally, the production is more than excellent and is part of the identity of the album. Another great asset (and perhaps the greatest) is the orchestration and playing throughout the album. The stabilization of the line-up, the live experience and the special bond of the musicians are capitalized in the studio as well. A particular mention should be made to the incredible improvement in the rhythm section as far as the sound and playing are concerned. On the other hand, although Jargon remains the only composer, the addition of Nikos Terzis who participates (for the first time) on the piano and the upgrading of Nikolas Nikolopoulos in the studio (also of Ciccada) and in mellotron as well (besides the flute and saxophone) multiply the orchestration options. George Kyriakides is definitely a different guitarist from Nikitas Kissonas (who also participates in three songs by adding his unique touch), giving a heavier connotation to the final result. Finally, Jargon is more mature than ever in interpreting the pieces, investing, as expected, in the sentimentality of his very characteristic voice.

The first thing to note trying to make a stylistic evaluation of the album, is the more intense use of the symphonic prog elements in relation to the first two albums of the band. Also, as mentioned above, the final result is clearly heavier, culminating in the quite metal “Images From a Grey World”. However, the trademark elements and the characteristic melancholy of Verbal Delirium remain present. Genesis and Van der Graaf Generator (and Hadjidakis of course in the lovely melody of “Misleading Path”) continue to stand as major influences, but not so intense now, since it seems that Verbal Delirium have well established their personal style more than ever. A typical example is “Close To You”, a song that beautifully summarizes the main characteristics of the band. The last three songs are the lοngest (over ten minutes), but this does not seem to disturb the flow of the album. “The Decayed Reflection” is definitely one of their best compositions and the symphonic instrumental section from the middle and onwards can be only characterized as monumental. “Fear” is not as impressive though but it fully convinces the listener after multiple hearings, a definite “grower”. Finally, the quite dark and electronic “In Memory” strays from the style of the rest of album balancing the 70s direction and certifying the crossover versatility of the band.

In summary, “The Imprisoned Words of Fear” is undoubtedly one of the best and most well-worked progressive rock albums ever released by a Greek band (which gradually become more and more) and is a loud statement of Verbal Delirium in the international scene of the genre.

One of the most anticipated domestic releases is finally a fact. Three years after the excellent “From The Small Hours Of Weakness”, with George K on guitar, Terzis Nikos on the piano and Stelios “Primordial” on drums as new members, the Athenian progsters return in discography with “The Imprisoned Words Of Fear”. The dark aesthetics of the beautiful cover is reflected directly in the musical content upon first listen. The heavy atmosphere of the album coupled with the obviously harder direction they seem to follow, characterise their work throughout its duration. Nikos Nikolopoulos’ touch on the flute and saxophone and Nikitas Kissonas’ on the guitar beautify the final result which is characterized by the impressive variety and of course the artistic vision of their leader, Jargon. The haunted “Words” gives way to the very heavy but also 100% prog “Close To You”, while the continuation is even more adventurous with the versatile “Misleading Path” and the progressive metal “Images From A Grey World”. “The Decayed Reflection (A Verbal Delirium)” and “Fear” that follow are the two prog epics of the album, which regroup all the features of previous compositions while the unrivaled changes and emotional climaxes take them off. The experimental “In Memory” (with elements from Massive Attack to Leprous) seals with its particularity an album that by right is among the best of the year.