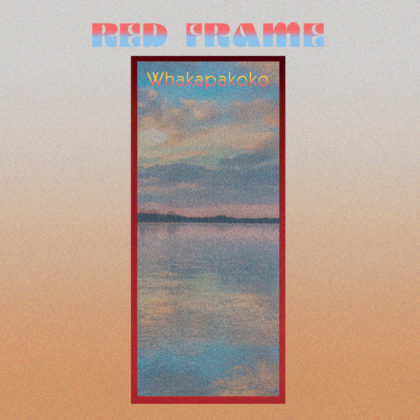 The declassification of the Greek prog scene from rising to an esteblished current inside and outside the Greek borders was a matter of time to happen and time proved to be a valuable ally. It played a catalytic role in creating the expectations for the expansion of the sound beyond the basic aspects of progressive music, as it has been shaped over the decades. Even the stagnation during the lockdown with its well-known harmful effects that deprived us of the enjoyment of live performances, did not stand in the way of creating new collaborations and bands. Under conditions of creative introversion, musicians – in most cases beyond their main bands – motivated by the expression of inspirations and emotions, find a way out through improvisational tendencies. One such case is Red Frame from Thessaloniki, Greece.

Chemistry is the key

The power trio of Red Frame consists of Alexander Kiourntiadis on violin, George Baltas on drums (both known as members of Mother Turtle) and Sakis Gallo on baritone guitar, and their debut album is titled Wakapakoko. The record company that released the album is none other than Submersion Records which has the same sound base as the band, specializing in avant-garde, ambient and experimental music in general.

The solid base of Baltas-Gallo with exceptional themes give space to Kiourdiadis to unfold his talent in a lyrical and dramatic way and to emphasize the escalations that arise effortlessly and irreconcilably. His style and technique bring to mind Graham Smith (String Driven Thing, Van Der Graaf Generator) and David Cross with alternating dynamics and peaks. The themes sound like they came from the darkest moments of Mahavishnu Orchestra and King Crimson (Lark’s tongues in Aspic / Starless and Bible Black) flirting “dangerously” with the doom element. The only exceptions to the rule are the staccato and almost dancy Sniff My P(h)unk and the playful Light at the End of which breaks for a while the prevailing mood and flow. The style is generally homogeneous, without much development, something that absolutely justifies the end result as a choice, otherwise it would alter the beautiful and atmospheric nightmare that the three musicians who work so well together have set up in such a structured way. The appropriate use of the baritone guitar instead of more common instruments such as guitar or bass contributes to the flexibility of the orchestration, identifying rhythm and melody in an organic way. The production does the obvious by faithfully capturing the artistic intention of the group as a whole and as separate units.

Red Frame with their quirky and imaginative approach tick another box in the subcategories of the Greek scene utilizing classic influences, appetite for creation and talent. Through the six tracks and a total duration of thirty minutes, they express their intention to share with us aspects that were not possible to express in their previous collaborations due to stylistic peculiarities. Side project or not, they should invest in chemistry, collaboration, automation and homogeneity that they undoubtedly have. Wakapakoko promises a lot as a first meeting with the public that will surely demand continuity.

Whakapakoko is the result of the need for expression of three musicians, in the unprecedented conditions of social isolation due to the pandemic. Through the compositions the listener receives a permanent intensity and a feeling that something is constantly happening. In this light, the trio from Thessaloniki artistically achieved its purpose. Stylistically, the band moves on the borders between avant-prog and the progressive rock of King Crimson and despite the claustrophobic character of the compositions, there are some necessary “breaths”. Of course the two main features of the album are firstly the absence of bass, with the baritone guitar partly replacing it, and secondly the use of the violin as a basic lead instrument. Alexander Kiourntiadis is an excellent violinist and his style has a great variety, since he can move easily from beautiful melodic phrases to noisy avant-jazz. His themes give character to the album, of course pressing on the wavy rhythmic patterns created by Sakis and Giorgos. If there is one objection to the end result, it is that in the 30 minutes of the total duration, there is a compositional repeatability, which probably would not exist if there was another lead instrument. Nevertheless, all fans of experimental music should listen to the debut of Red Frame.