This is our new column entitled Out of prog and here we will write short presentations of current releases out of the prog universe which impressed us. Of course there are no boundaries and the subjects depends solely on the participants. Thus, we hope that we will keep our and your interest high. We start off with 11 albums of 2017 that we chose for completely differenet reasons. 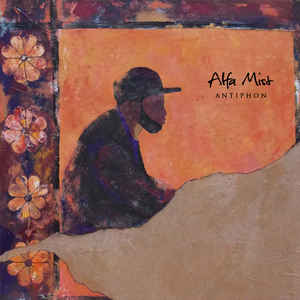 With the project Antiphon, British musician and producer Alfa Mist adds his own “voice”, that is view, to this recent freshening of jazz, performed by artists such as Kamasi Washington and Yussef Kamaal. The album combines mellow jazzy hip-hop of the Nujabes school with free bebop improvisation. With the opening ten-minute Keep On, a complete artistic universe of urban melancholy, warm melodies and mild experimentation is revealed. The simple structure of hip-hop is in the background, while the first and foremost role is played by the technical and imaginative playing of wind instruments, guitar, keyboards and percussion instruments. Naturally, there is introversive environment, but it does not rule out escalations, like in Errors.

And if you’re still wondering why a jazzy downtempo album is being proposed on a progressive rock website, just listen to the unexpected, classic-song finale of Breathe, with the wonderful vocals of Kaya Thomas-Dyke.

On the outer limits of (occult) vintage rock where bands like Ghost, Blood Ceremony and The Devil’s Blood (RIP) star, there is a new band from the Netherlands that goes under the name of Dool and reheats the interest, mine at least, for this scene which has a long time now worn out the audience and critics alike. Their music is vintage heavy psychedelic rock, tinged by darkness similar to Sisters of Mercy, dotted with brief typical heavy metal parts with an androgynous voice (Ryanne van Dorst) that stands magnificently on the thick atmosphere built by the instruments. Sometimes cinematic (In Her Darkest Hour) some others gothic (Oweynagat), or even post-rock (The Alpha), one must confess that Here Now, There Then is multifaceted and its aspects supplement brilliantly each other and thus take the final outcome to the next level.

I was completely unaware of Horisont until About Time came out and I do feel lucky for bumping into them because the quintet from Sweden delivers heavy/rock chunks out of the best moments of the 70s. Their songs bring Jethro Tull and Uriah Heep to mind, whereas when they inch closer to prog, the music evokes heavily Rush and Yes. All of the songs are along the same lines, that is to say they are guitar-riff driven and the voice has a starring role that pushes the keyboard-laden rhythm section to the background. Having that in mind and stressing that the production is clean and strong, we end up with a coherent album. Songs like the title-track, Point of Return, The Hive and Without Warning are wonderful protο-metal tunes, but the album’s summit is Electrical, an anthemic piece, one of those that are the ticket for a long career.

John Frum – A Stirring in the Noos
[Relapse Records]

A fresh band named John Frum that consists of talented musicians, ex-members of The Faceless, The Dillinger Escape Plan and others, mixed up death metal with psychedelic and technical ingredients and delivered a stirring result. The dirty guitars and growls are combined with excellent technicality provoking the listener to dive into a bad, heavy but adventurous acid trip. Qualified math rhythms and doomy moments stick ideally to the brutal songs and the dark psychedelic elements fill the album’s complexity captivating someone’s senses into a murky place. Even if the album suffers from repetitiveness and lacks innovation, it’s creative and offers high-leveled technicality grabbing the listener immediately from the ears with thunderous mid-tempo riffs. The progressive elements are obvious but I would not consider this an album that can be loved from a progressive metal fan, since death metal is dominant. To conclude, this is a meticulous release with great production in a year full of great ones in death metal.

Heartless is the third full-length by Arkansas doom masters Pallbearer. This time they moved towards more proggy songwriting, but without dropping their doom roots, creating a sound so atmospheric and haunting, it seriously puts listeners on the next level of mental elation. Brett Campbell’ vocals were probably the weakest part of their previous releases but on this album he sounds mature, very emotional and moving. Some of the songs deserve a special mention, such as the amazing lyrics, great riffing and soaring leads filled with extraordinary vocal performance from Brett in I Saw the End or the so refined and classy Lie to Survival. The 12-minute epic Dancing In Madness is the proggiest piece on the album, with transitions and changes in mood, and the astonishing and heartfelt A Plea for Understanding is wonderful. From the beginning till the end Heartless is a powerful, emotional and epic listening experience and it’s possibly the most beautifully crafted doom metal I’ve heard in years. Don’t miss it if you are a fan of metal sound.

Samsara Blues Experiment – One with the Universe
[Electric Magic Records]

In their new album Samsara Blues Experiment have become a trio and continue to give us long-lasting thrills. The absence of a second guitar has left much room for action on the remaining one, resulting in a more erotic texture in the sound and the blues psychedelic element is more intense than ever. But what gives us new colors in the sonic landscape is the presence of the keys. Here, we see the most important name of modern Berlin-based heavy psychedelic sound blending the songs with a sweeter sound, joining in a magical way the heaviness with the psychedelic passages of the keys. One with the Universe consists of five gorgeous songs from which the fifteen-minute title track stands out and comes comfortably as a candidate for the song of the year. With this release, Samsara Blues Experiment give us another masterpiece that the modern heavy psych scene needs so much. 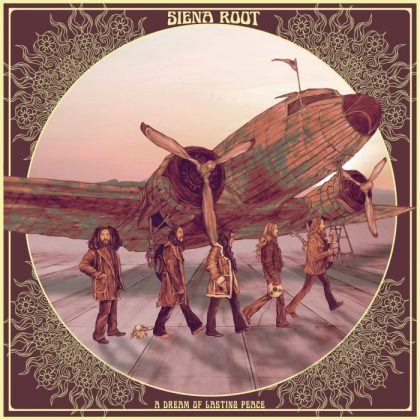 This is the fifth release for one of the most favourite bands of the followers of the revival vintage rock scene. The differences with their previous albums lie in both the line-up of the band (a common phenomenon for the Swedes) and the direction itself, which has now turned to more conventional British hard rock forms by skipping their heavy riff character. The absence of guitarist KG Westman has clearly played a catalytic role in this classic hard rock turn, recalling the brilliant MK II and MK III moments of Deep Purple, namely the Ian Gillan hammond hard rock and the bluesy Coverdale / Hughes period. Also noteworthy is the replacement of the singer Jonas Ahlen with the Felipe Samuel Björö. The album contains very good but also moderate moments and certainly doesn’t measure up to with Different Realities and A New Day Dawning. Whatever the drawbacks, it is a remarkable hard rock release, with occasional southern, jam and blues dashes thrown in.

The disparate afro-American trial through the passage of centuries, from the hold of a slaver that set sail from the coast of West Africa for the Middle Passage to the exhausting labour at a cotton plantation in the South or the racial prejudices and racism that is ever-present to our days, is manifested in musical terms with instruments the slaves used to sing their agony and pain, their joy and the loneliness, namely the banjo and the violin whose courtship gave birth to the American music.

Minimal, almost mystical, with repeated musical and lyric patterns and the hypnotizing tone of Otis Taylor which is followed by the aura of a tortured past phrased by Ron Miles’ horn lines, Fantasizing About Being Black can be a record about the roots of the afro-Americans, but at the same time is invigorating and fresh, a really beautiful blues album because of its sensuality. The story of the afro-Americans is the story of America. This album functions as a reminder of that truth.

The Heliocentrics – A World of Masks
[Soundway]

A World Of Masks is one of the most illustrious examples of 2017 how sounds and musical genres can merge. The attempt of the Londoners to blend jazz and psychedelia is coming naturally while they never balk to tread funkier paths or have a go at krautrock experimentations. The most important thing is that the aforementioned mergence has rubbed off on the way they jam which is the source of their songwriting and in this way the final mixture sounds more well-balanced. The voice of Barbora Patkova cuts gracefully through the soundscapes and takes us back to the late 60s/early 70s (she recalls quite a lot the great Julie Driscoll). The first half of the album touches perfection, including tunes like the title track, Made Of The Sun and Capital οf Alone. On the second half there are some instrumental songs which are interesting, but they seem to hold something back. The only certainty is that this enjoyable bundle of sounds is fitting to keep us company for the rest warm summer nights. 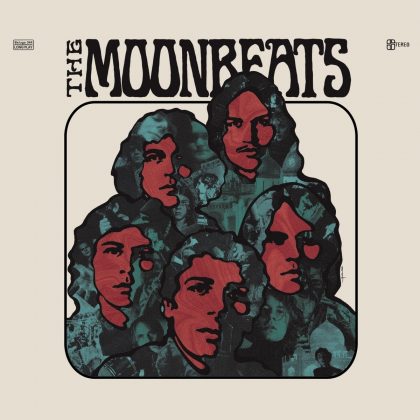 The debut of the Swedes is an addition to the glorious list of new emerging bands, mainly from Scandinavia, which are the most pleasant surprises in recent years. Here we are dealing with pure 60s garage-psych rock, based mainly on groovy phrases with a strong rhythmic character that end up in brilliant hits (How Was I To Know / Life Is All Too Strange) or more developed songs (To Live Please Me). The lyrical and romantic pop element of the 60s is present (I Do not Like It / Belle Starrs Last Dance) as well as the acoustic, trippy communal spirit (Flight Of The Seagulls), and also the slow, atmospheric, bluesy one (The End). All this in 33 minutes, with an incredible flow, kicking off with the riff of Overture, and causiong several repetitions after the slow fade out of The End. The debut of The Moonbeats is not just one of the best albums in 2017, but also one of the top psychedelic rock samples of the last decade. 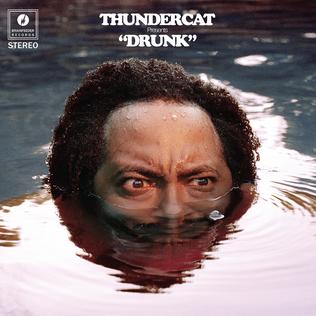 The multitalented and very busy bassist / singer / producer Stephen ”Thundercat” Burner presents us on his third solo album once again a diverse and full of surprises outcome. Based on the tried-and-true recipe where jazz/fusion meets R&B, hip-hop, contemporary soul and electronic and pop music, Drunk is more mature and coherent and is the natural follow-up of his previous releases. Of course, there are guest appearances by prominent musicians (and he in return has honoured them, too) like the usual suspect Kamasi Washington, Kendrick Lamar and Pharrell Williams. Flying Lotus is once again behind the board setting up the material exemplarily in an imaginative flow of ideas. Compositions that stand out are Bus Ιn the Streets, Friend Zone and Show you the Way with Kenny Loggins and Michael McDonald as special guests on backing vocals which are also released as singles. This is a meaty work, worthy of careful listens.