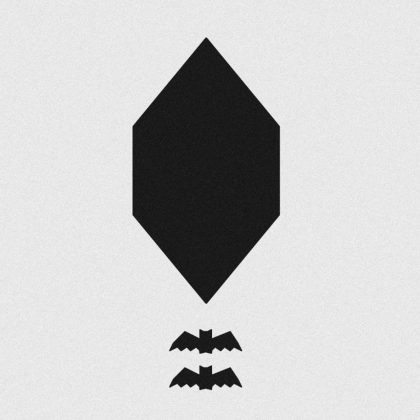 We have mentioned the miracle of modern Norwegian prog scene. Bands that “have been rowing the boat” since the 90s and new ones popping up every year with very strong releases, show that Scandinavia, generally, may be going through the top of the creative period in prog / psych scene. One of the most historic Norwegian bands are Motorpsycho, having managed through their 25-year course to be synonymous of discography consistency and quality. Although the starting point of their career in 1991 until about the beginning of the 00s found them experimenting through a sound that combined the grunge and alternative rock with intense spices of experimentation, it has been evident since then the progressive approach to the style they have been serving. We can indicatively mention that albums like Demon Box [1993], Timothy’s Monster [1994], Trust Us [1998] and Phanerothyme [2001] deserve to be heard and are highly recommended. However, since their cooperation in 2002 with Jaga Jazzist and after, we can observe the jazz element and the jamming character that characterizes them until the present time. Having come up with an experimental and heavy psych / prog amalgam, Motorpsycho have been going through the best phase of their career in this decade, creating four excellent albums (especially Heavy Metal Fruit and The Death Defying Unicorn can be included in the best albums of the 10s). So this year, the Norwegians released their twentieth album, and it remains to be seen whether they managed to keep the bar sky high that they themselves have set.

Two years have gone by since the release of Behind The Sun, and the trio from Trondheim returns in discography with Here Be Monsters. Initially, making a comment about the cover which generally can be called a draft, we encounter a first small change in the line-up. The participation of the exceptional Swedish guitarist Reine Fiske no longer exists after consecutive appearances in the two previous albums of the Norwegians, with the list of musical guests being limited to the keyboardist Thomas Henriksen.

After the first hearings of the album, a decline in their heavy element is observed, for the sake of a more melodic and psychedelic approach. Although they have never hidden their love for Pink Floyd, in this album they obviously are their ultimate guide. Especially in the beautiful Lacuna / Sunrise which actually opens Here Be Monsters, we come across beautiful guitar melodies and the bass really keeps an absolutely leading role. In the same mood, the orchestral Running With Scissors, with discreet jazz themes of the keyboards that accompanies the loose guitar jamming, pleasantly tickles the palate of the listener’s brain. The dynamic heavy jamming of I.M.S. brings to mind the material of Behind The Sun and Still Life With Eggplant, returning for the first and perhaps the only time in the album to blazing heavy prog, characteristic element of their previous releases. The psychedelic direction of Here Be Monsters is sealed and confirmed through the excellent cover of Spin, Spin, Spin of H.P. Lovecraft, one of the leading US psych bands. Although it is not exactly a cover since they faithfully follow the form of the original piece, the result is considered as highly successful.

The composition that closes the album is the “traditional” epic which Motorpsycho tend to incorporate in their recent albums, entitled Big Black Dog. The calm introduction of the first minutes is succeeded by a dynamic introduction, with the main riff being accompanied by the vocals until an 8-minute jamming follows with some experimentation in the limits of avant-garde. My only objection concerns the duration of the piece, since it did not follow the swings or the relentless style that has fascinated us in the other long tracks composed by the Norwegians. Perhaps the mixed feelings I had in the end of Big Black Dog are accountable for a minor complaint I had after the multiple hearings.

However, the production is as vintage as it takes to emerge both compositions but also the aesthetics of the band, and the chemistry of Bent Sæther, Hans Magnus “Snah” Ryan and Kenneth Kapstad, which once again is not open to criticism impressing us thus with how tight they are heard. All in all, we are dealing with another solid effort from Motorpsycho, who as we have said in the introduction, continue to be synonymous with the consistency and quality in the progressive scene. The fact that perhaps this is the worst album of the band in the current decade, shows how great the band is.

After so many years in the music business, Here Be Monsters comes to confirm the inexhaustible energy of Motorpsycho. The Norwegians this time manage to mix the monotonous bass with guitar lullabies. Great examples are the long duration Lacuna / Sunrise and I.M.S., while in the album hit, the cover of Spin, Spin, Spin, they are simply enchanting. The ten-minute long Big Black Dog and its duration only reveals the band’s pluralism. Motorpsycho’s releases have still life and energy, with Here Be Monsters being a pleasant surprise in the first half of the year!