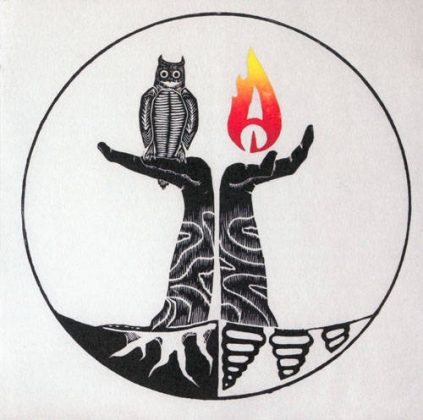 The feelings evoked by the debut album of the Finnish Malady two years ago are still fresh in my mind. It’s a quintet which in mid-February reintroduced themselves with their second album Toinen Toista, once again via the widely-known by now Svart Records. Since they were founded, they zeroed in on a single aim: to release an album before they reach the 50th year of their life. Although this may reflect a relaxed and languid stance on their behalf, it also signals the patience and devotion they showed in producing aesthetically impeccable works contrary to frivolous quick success. The fact that they are still very young combined with the unpretentious zeal with which they view prog rock, was an achievement of the first magnitude.

Verbatim, the title is translated as “The Second One”, therefore it announces what Toinen Toista is. The line-up consists of the same members of the debut album namely of Babak Issabeigloo (vocals, guitar), Tony Björkman (guitar), Jonni Tanskanen (bass), Ville Rohiola (mellotron, hammond organ, grand piano) και Juuso Jylhänlehto (drums). Aside them, a myriad of guest musicians colour the musical direction with instruments like the double bass, the flute, the violin and the mini-moog.

Their new album is pretty much among the lines their first one set and it is its natural continuation. The style and mood are quite similar and the production is slightly more polished, though keeping the analogue parameter into the equation. The music exudes a mellifluous and introvert aura, but it’s less cloudy in comparison with their first album. The five compositions (four songs plus an interlude) constitute for starters a wandering back at the early 70s. The blending of two different schools of progressive rock, the Finnish and the British ones, could illustrate the band’s angle. Specifically, legends of Finnish prog like Wigwam and Tasavallan Presidentti are their salient influences, combined with a King Crimson (Greg Lake era) vibe, but also a general 70s British prog slant which recalls even Camel. This hybrid, vintage distillation is reinforced coming by Kalevala, Haikala and Tabula Rasa. Moreover, there are funky references popping up here and there, like in the third cut Tiedon Kehtolaulu, as well as classical influences like in the short Laulu Sisaruksille. The attractive guitar riffs which echo those of the debut album, the shining solos, the daft bass lines as well as the emblematic keyboards carry out their task ideally and they are integral parts of the band’s sound. Aside the aforementioned compositions, the Finnish forge three more with the epic Nurja Puoli bookending the album whose lyricism does a balancing act between nostalgia and prog epopee and rewards us lavishly, one of the top moments in progdom in 2018. The title-track that kicks off the album along with the luring Etsijän Elinehto which stands out thanks to its imaginative guitar solo and not only, immortalize the abundant quality of the album. Consequently, the band’s sonic spectrum is characterized mostly by lyricism and melody while the centrifugal influences of some members attach the necessary variety to the band. It becomes instantly perceptible that they are doing fine both compositionally- and performing-wise.

To summarize, Toinen Toista is an admirable piece of work which repays careful listens. Malady without a trace of pretentious novelty, come up with overflowing melodies and forge inspired, old-school prog rock. They raise the bar and rightfully so. The north European vintage scene is boiling.