This was the third appearance of Leprous in three years in Greek grounds, and this time they were back as headliners of an event, which was awaited by the continuously growing number of fans after the end of their Malina circle and the release of a new album.

What can one expect then? One of those concerts that the audience is positively predisposed even before the artist appears on stage. And how can something like that not happen with these guys, a band that in the last decades has shown that give a new freshness and quality to the broader extreme sound, but also to the prog scene. A band that is starring, one of the contemporary prog leaders that have created lots of expectations for their live shows as well.

However, when it was revealed that the French Klone and Maraton from Norway would join the tour, both with new albums, the whole “package” got upgraded to a “normal concert package” that all other European countries get to see more often. And in all that happy progressive gathering of well known bands, the happiness increased when the schedule was kept just as it was announced. 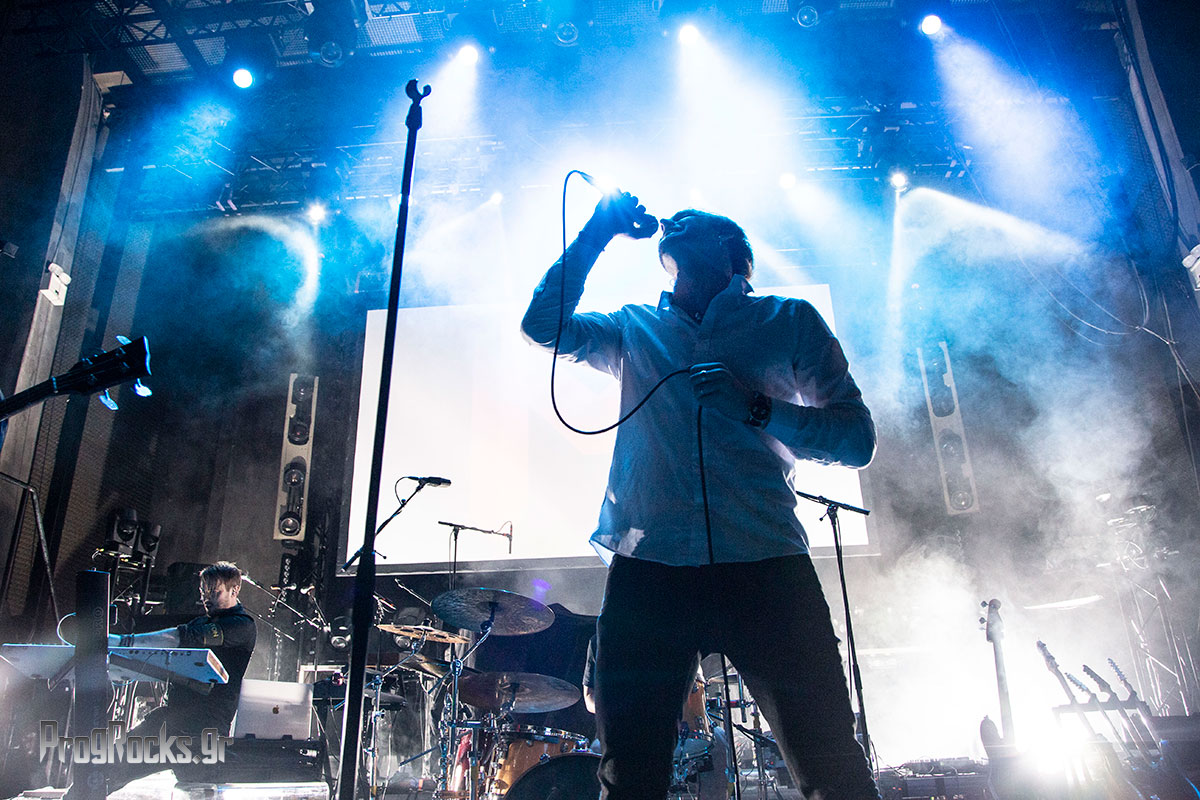 So at around 20:00, Maraton opened the concert with the crowd giving them a warm welcome thanks to their very charismatic and energetic frontman and due to the similarities that their album Meta shows with the works of Leprous. So, a very fitting choice for the package, Maraton definitely managed to gain some new fans with their appearance and their performance on stage rendering this interesting alloy of progressive sound with an up tempo mood which is somewhat borderline commercial. With just one album and a single in their disposal, their stage presence and their material was more than enough to prove their place as an opening act but they also justified the ambitions that they created with their debut. With another equally good album they could definitely come back to Greece in the future since this tour has definitely opened some doors for them. 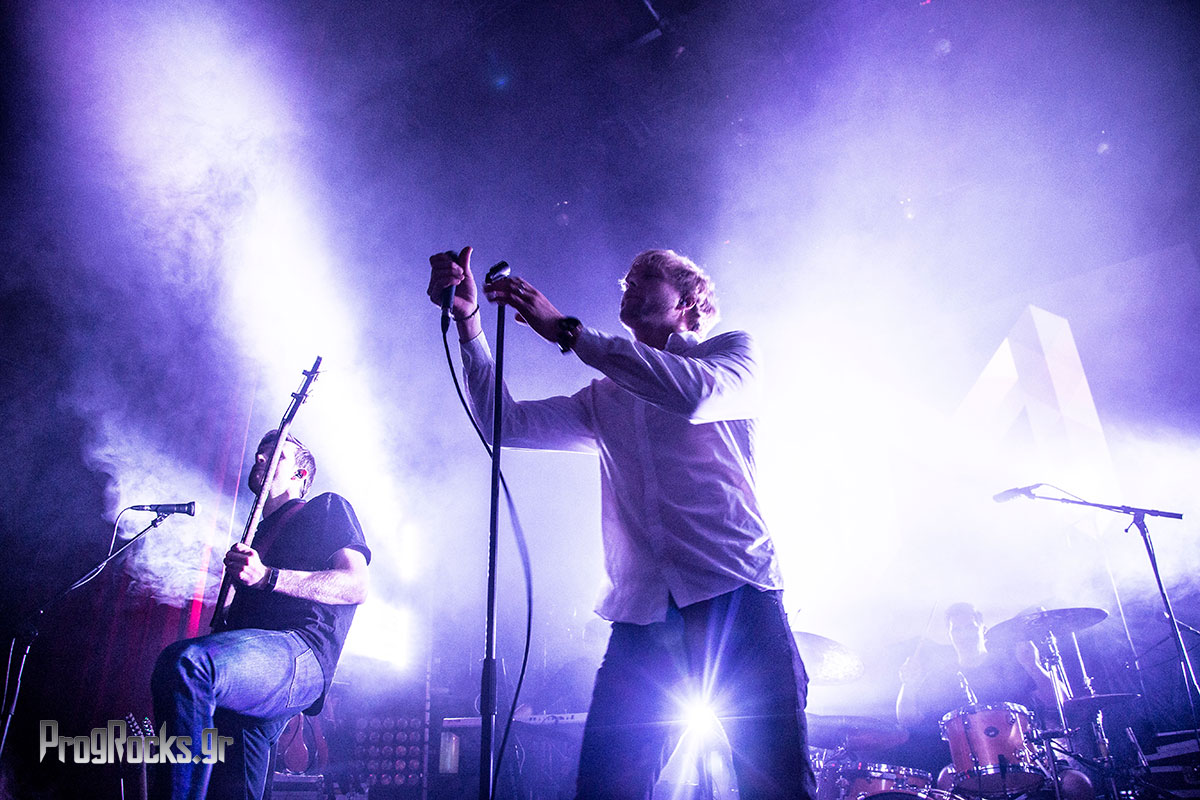 Around 20:30, next on the stage of Fuzz Club were the French Klone. After the enthusiastic and uplifting appearance of Maraton, the dominating atmosphere in different wavelengths from the last albums of Klone, Le Grand Voyage, started to invite the audience to a journey through the more cinematic aspect of their sound. With great sound as their ally and the album cover being projected throughout their set, Klone managed to sound very tight on stage, with an appetite to win over the crowd that kept coming in the venue which was pretty much packed by that time.

With their singer being the epicenter with his flawless renditions, without ups and downs, the rest of the band gave a show with intensity and passion in continuous connection with the crowd that elevated their songs. And in conclusion that is what adds to the professionalism and seriousness of Klone. Their evolution through these years has slowly put them in contention to one of the great bands of the contemporary French scene. And they have this aura when they are on stage, either if they’re playing their older, groovier stuff or progressive rock with the compositions that slowly build up and get off in a more post-prog atmosphere. Already, with Yonder that opened their set, they won the audience that seemed to enjoy their set very much. Breach Into the Void and Nebulous were also exceptional. Generally, Klone also won a lot from this tour. An excellent presentation of quite unique material. They had visited Fuzz before, but now they are on a whole different level. 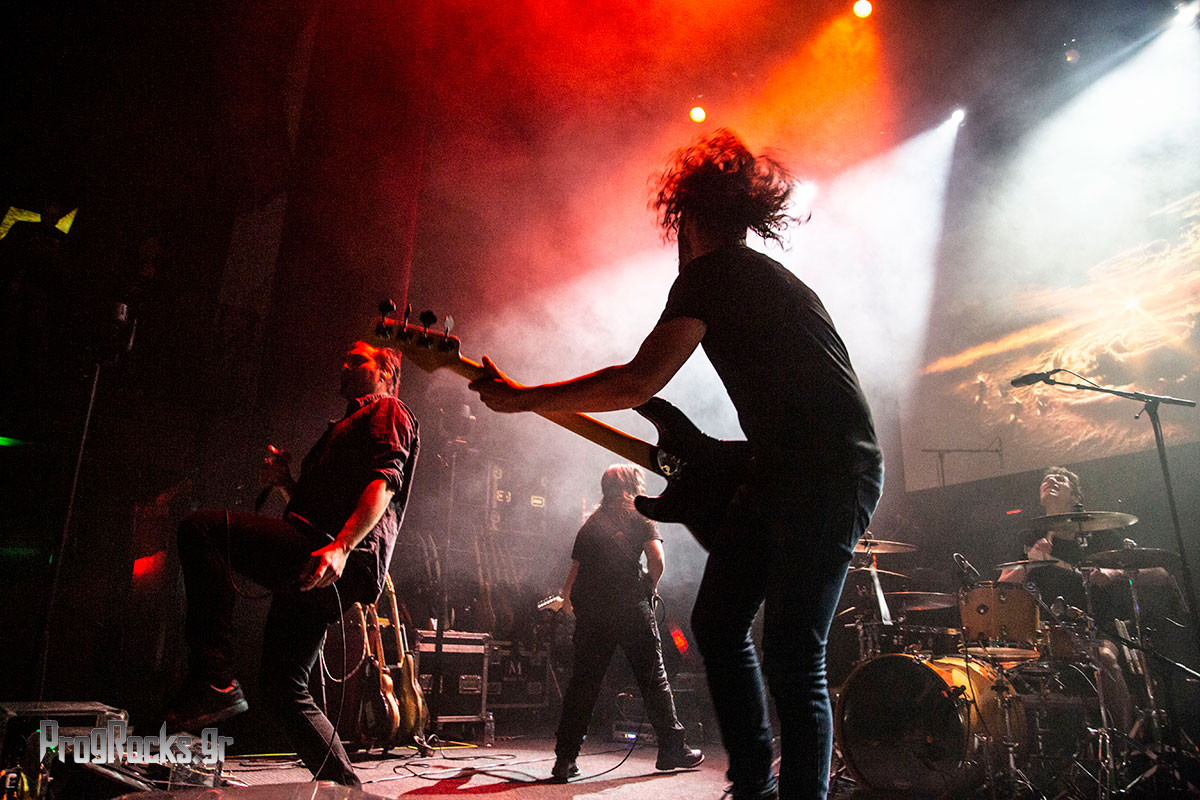 After the French, the scene was prepared to be surrendered to Einar Solberg and his brilliant company for their new memorable appearance. And that’s exactly what it was. Leprous appeared in front of their ever growing Greek audience and proved that every time they seem to be a band on a higher level. Their appearances are emblematic and immersive, just like their discography. With Pitfalls continuing the production of masterpieces, the change of the setlist that they present every time is enough to bring them back to Greece every time they tour. 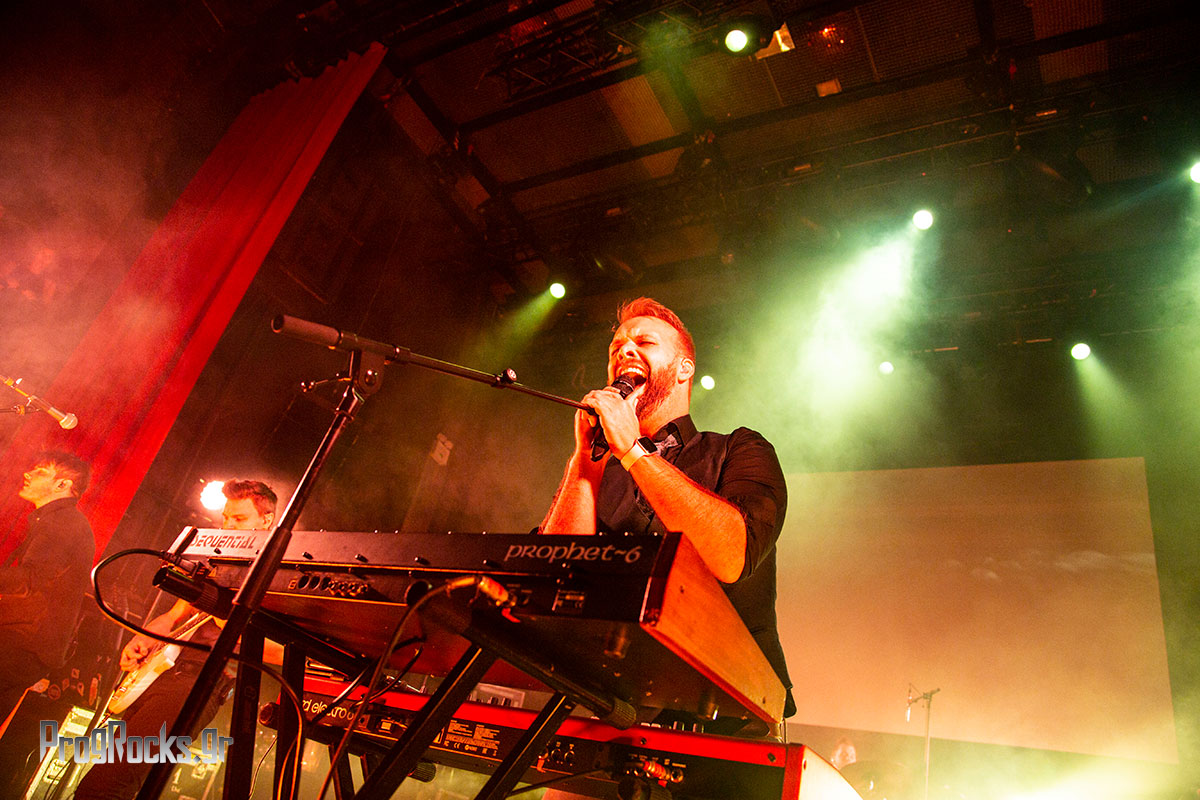 Whoever had seen them before knew what to expect more or less, i.e. a perfect show given their abilities to move from the catchier moments to unreachable heights with the incomprehensible time signatures leading the sound. On the other hand, Pitfalls, an album with the personal touch of Einar due to the lyrics around the hard times the he has went through, we were expecting a different intensity to their show. And already from their entrance with Below and Lose Hope, the standard for what was to follow went straight up. The sound was always an exceptional ally for their music, and it remained in high levels throughout their set, leading to an unbelievable concert. The cello player that was with them in the previous tour was present once more, something that augmented their sound range on stage. 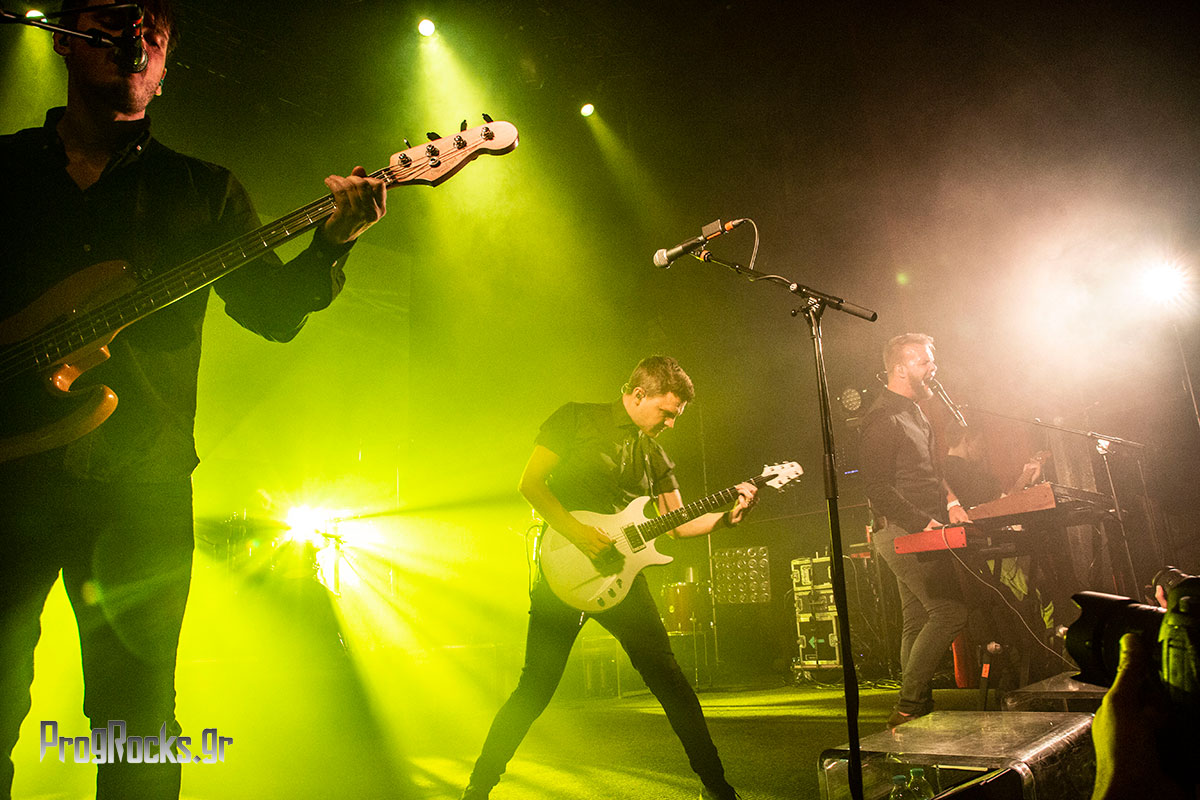 As expected, the set moved around the latest album, but included tracks like Stuck or The Price, and the crowd that filled Fuzz seemed to enjoy the compositions that could be described as “hits”. Additionally, the audience got the nod from Einar since it managed to follow the claps during the time signatures. During The Price, Einar lost his balance due to the intensity of the moment while he was singing these high notes and he ended up below the stage something that he described as the most shameful moment in his career. Thankfully he was OK. While the absence of songs from Bilateral could be forgotten after such a great show, we could have listened to Waste of Air somewhere there between the awesome tracks off of Coal. The Valley and Foe were once again beautiful and flawless, just like From the Flame that riled up the crowd. 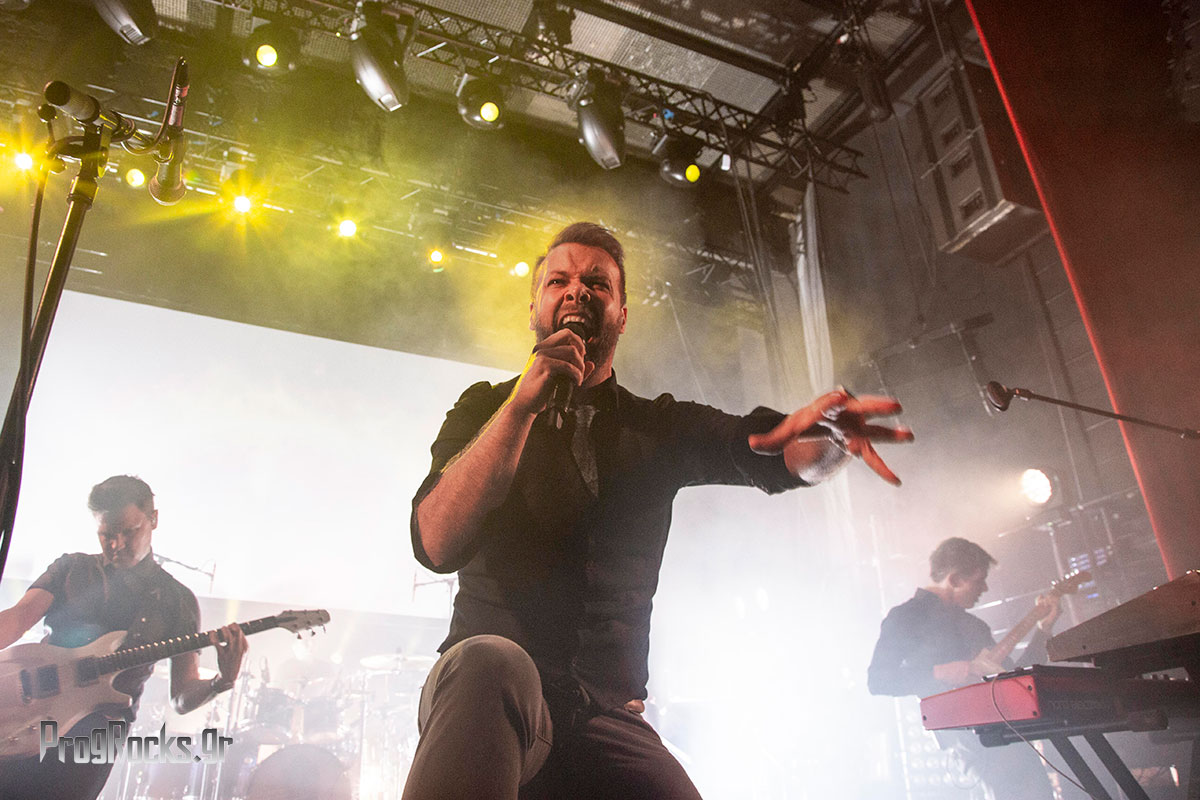 If someone could pick highlights from this show, it would be hard to overlook the two unbelievable moments of Pitfalls, ergo Distant Bells and The Sky Is Red. Experiences that reach the metaphysical, with the light and the parallel video projections built perfectly during the tracks. Special mention should be made to probably the best drummer of his generation, Baard Kolstad. Anybody that was at the venue that night and experienced those two tracks live, will definitely agree, especially for the ending of The Sky Is Red. 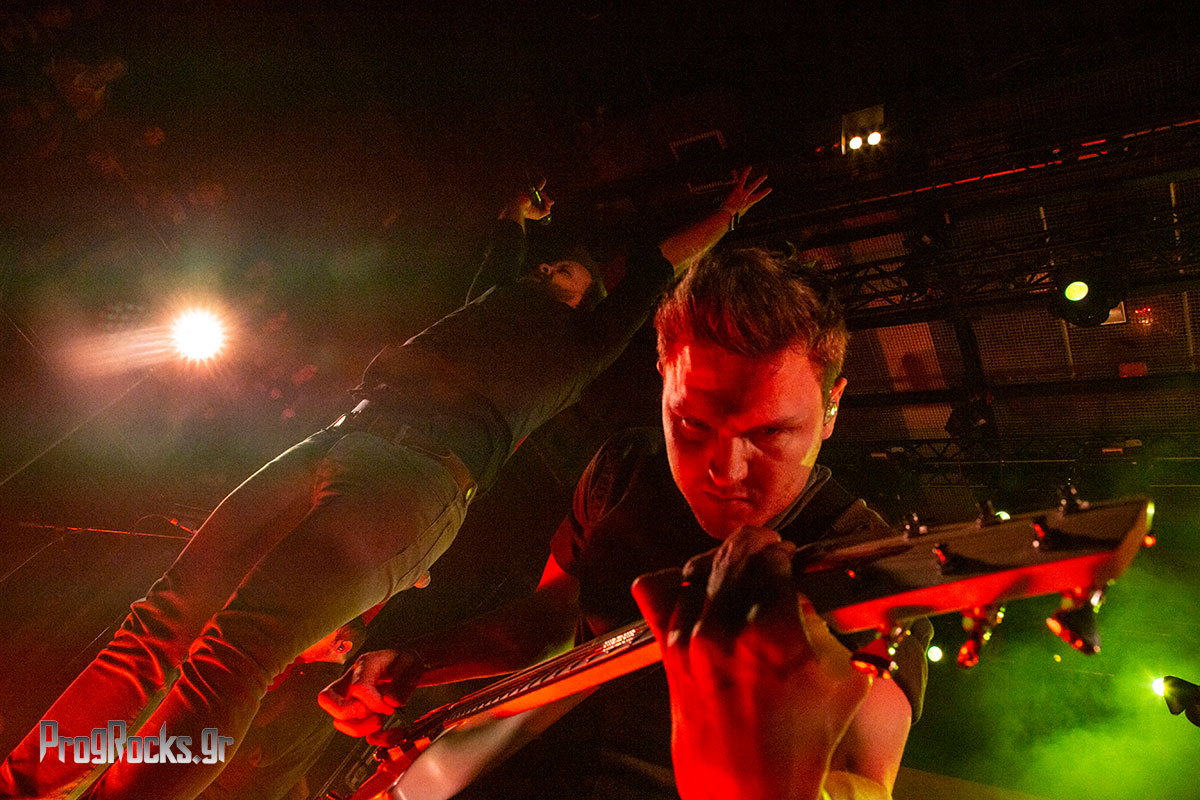 And while that’s where they usually end their shows, after the continuous soars of the audience, Leprous came out again to play the epic song Slave and to put the final touch in a show that will be talked about for a long time. Probably until the next time they come again, which will be soon of course.