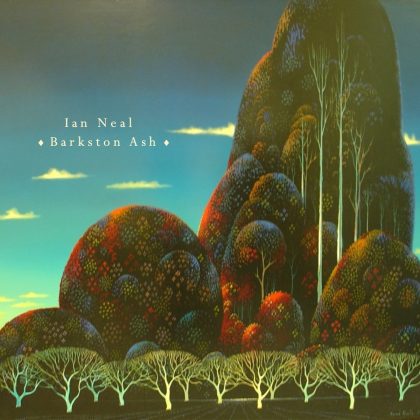 Ian Neal is no ordinary musician. Hailing from Sheffield, England, Neal earned a PhD in History of Art from York University in 2011 and has been living in Greece with his wife for the past few years. What makes him stand out is his solitary career in music. Being an excellent connoisseur of the string instruments he uses, he basically composes and plays everything since the beginning of his career and his first album entitled All in the Golden Afternoon… in 2009.

Barkston Ash was released digitally in late 2021 and is his fourth full-length album, eight years after Astro in 2013.

British progressive rock at its best

In the last days of 2021, Ian Neil’s fourth album was released. Both this and his previous works, All in the Golden Afternoon…, Out of the Woods, Astro that extend from 2009 to 2021 are available exclusively through digital platforms. Ian has taken on vocals, guitar, keys, piano, organ as well as a virtual mellotron.

The wonderful epics Fair Winds and Ash Phrixus lasting ten and nine minutes respectively that start the album, are two beautiful atmospheric, majestic symphonic prog compositions that justify the British origin of the creator. The first name that will come to mind as a reference is the solo releases of Steve Hackett and Genesis in general.

According to Ian himself, Holst’s Hollow is influenced by the English Victorian composer Gustav Holst. That era is iconic for Ian in terms of inspiration. Even the few lyrics of the album or the short narratives are influenced by the poetry of that era. In this case it is a small masterpiece that combines the influences of classical music with British prog.

Barclay James, small and modest as it is, pays tribute to a favorite band of Neal, Barclay James Harvest. After all, the mild moments of Barkston Ash refer to the approach of BJH compositions.

The Vale of Linden is another long composition. Here there’s a small participation of Ian’s wife, Evgenia Papamikrouli on vocals and spoken narration, in a sweet and modest participation. During this track, the influences from Pink Floyd on guitar and Tony Banks (Genesis) on keyboards are revealed even more. The album is very atmospheric and homogeneous. This works in favor of the album flow so even a 13-minute composition like this one is anything but tiring for the listener.

The ten-minute Come Harvesting which closes this almost Instrumental album, is a “normal” song with lyrics. Towards the end, the sounds of the bell welcoming the arrival of the harvest are heard. Barkston Ash is a small village in the English countryside and the atmosphere of the whole album stems from Ian’s memories from the countryside. It contains a spirituality of some sort, it sounds like an anthem to the simple life of the local man. Additionally, there is the folk element that will remind you of Mike Oldfield’s first albums (e.g. Hergest Ridge).

The orchestrations are great, there is always the risk of losing the sense of balance in symphonic pompous prog, but the result here is really great. The bass lines are very good, but the drum sound is a little dry. I have the feeling that these two instruments have been digitally recorded.

Where the album manages to win over the listener is in its great atmosphere but also in its character that remains 100% British. It is this sense of musical ethos that gushes and turns it into an album that should be heard especially by the fans of symphonic prog.

Barkston Ash is the new album by British multi-instrumentalist Ian Neil. He tried to made a record that brings back nostalgic feelings from the golden age of the British prog scene, and he did it successfully. He plays all the instruments, and he had the help of his wife Evgenia Papamikrouli on vocals. His guitar playing is reminiscent of the early days of Steve Hackett with Genesis while the instrumental passages at some moments are clearly inspired by Camel and Pink Floyd, but this album does not try to replicate those sounds. In fact it feels fresh and original. The songs in general provide a charming relaxed atmosphere, with occasional classical and ambient ingredients. There is a simple complexity, with lead roles being switched between different instruments. Actually, these complicated melody lines can be accepted and digested very easily. Despite this being a one-man project, nothing eccentric can be heard on this record. Barkson Ash is a wonderful collection of sophisticated prog songs that issues new and pleasant discoveries with each and every listen. Highly recommended release to all prog lovers, especially to those with a passion for 70s British prog.