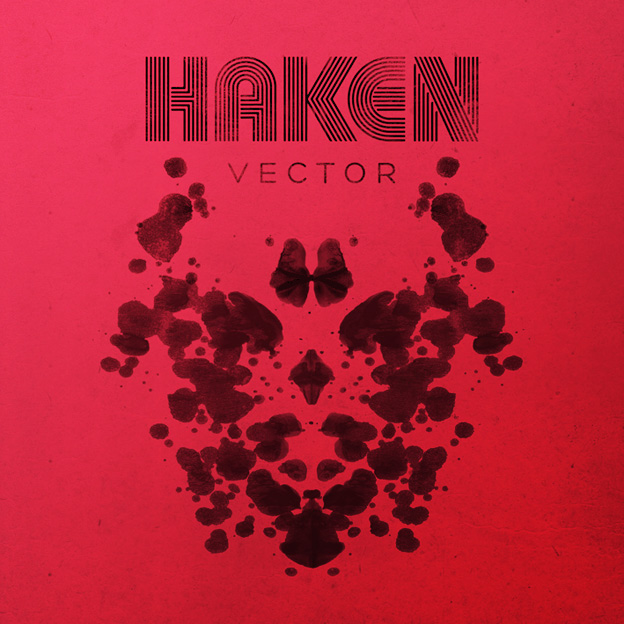 Haken is one of the most interesting modern progressive metal bands. Apart from the –way above average even for today- impressive technical skills of all band members, they have a very remarkable mix of influences that in previous albums included sounds beyond the narrow limits of metal and rock. An interesting debut (Aquarius) was followed by the excellent Visions and then came The Mountain, a true masterpiece (one of the best prog metal albums of all time imo) and then came Affinity (2016), an album where the variety of the band’s influences was mostly showcased. This year’s Vector aspires to keep Haken at the highest compositional level of previous years.

A cinematic intro (Clear), the atmosphere of which reminds of the Six Degrees of Inner Turbulence Dream Theater era, leads to Good Doctor, a track that brings previous Haken albums (Visions, Mountain) to mind. Although short in duration, the changes are numerous, with guitars or bass and drums in the foreground. This track is the precursor of the musical content of the album, a much heavier record than its predecessor, and also presents the lyrical concept centered on patient 21. The story begins in a mental institution and the solution suggested by the doctor is electroshock.

In Puzzle Box patient 21 describes his feelings. Having a rather clear picture that something serious is happening to him, he expresses the feelings that run through a disturbed and frightened mind, predominantly despair, guilt for his state and total frustration. The track is probably the heaviest of the album. Djent, aggressive riffs dominate, the chorus is tremendous, catchy and full of emotion. Tejeida’s keys flirt with the heavy guitars of Hensall / Griffiths, while the break with the programmed drums gives another tone on the track until its final development. An undoubtedly addictive progressive metal song that will surely win every listener. An ideal hook.

A heavy mid-tempo intro leads to a point with clear guitar chords which then turns heavy and stays that way. If those riffs were developed separately, they could be separate songs for others, while Haken use them as small parts to complete one dense track. The longest song in the album part of the album, Veil, is an ultra-heavy prog epic and the first song that includes solos, to which we had been used to before by Haken. An outstanding track of drama that brings Dream Theater to mind, one of the main influences of Haken.

In the instrumental Nil by Mouth we listen to several interesting ideas from Haken, somewhat close to Veil, but even heavier and more djent in style. I don’t know why they chose not to put vocals in it, I guess that they would fit perfectly. The interesting changes prevent the listener from skipping and there are many great moments. However, I think that if vocals were included, the result would be even better.

The jazzy flugelhorn at the beginning of Host signals that something different is coming, and indeed it is. The tempo is very much lower, the scales are introverted and melancholic, necessary to convey to the listener that the end is coming (possibly for patient 21?). A song showing the sonic diversity of the band and the necessary resolution of the tension until the final act of the drama.

A Cell Divides with its thrilling musical development and intensity is perhaps the perfect epilogue and probably the best track of this absolutely balanced inspired album, to say the least. The lyrics of the song, short but marvelous, remind the listener of what he probably forgets in the virtual reality of the modern world. Beauty lies in error and grace in non-perfection, as in many things in art and life. Sadly, the ending for the protagonist of the story is not a happy one. The reason for this is the “unnatural selection”, which others will choose for him.

In mathematics, the straight line is the shortest path joining two points on one level. The vector is an oriented straight segment, i.e. one point is declared as the beginning of the section and the other is the end. In this case orientation is the key word. This is exactly the case with Haken. The album is focused, it is very heavy, less adventurous than the previous two, more compact but also inspired and shows a band in its peak. There is an artistic vision from a group of over-talented musicians and performers where no one lags behind. Haken is one of the best progressive metal bands out there. The record stands worthy of the two previous ones, although their magnum opus, The Mountain, might be impossible to repeat. Vector points to the direction of all of us. Do not ignore it.