I set off for Fuzz Venue without having a clue of what I was about to experience, since I’d never really been into Crippled Black Phoenix, save a couple of songs I heard a few days before this gig. 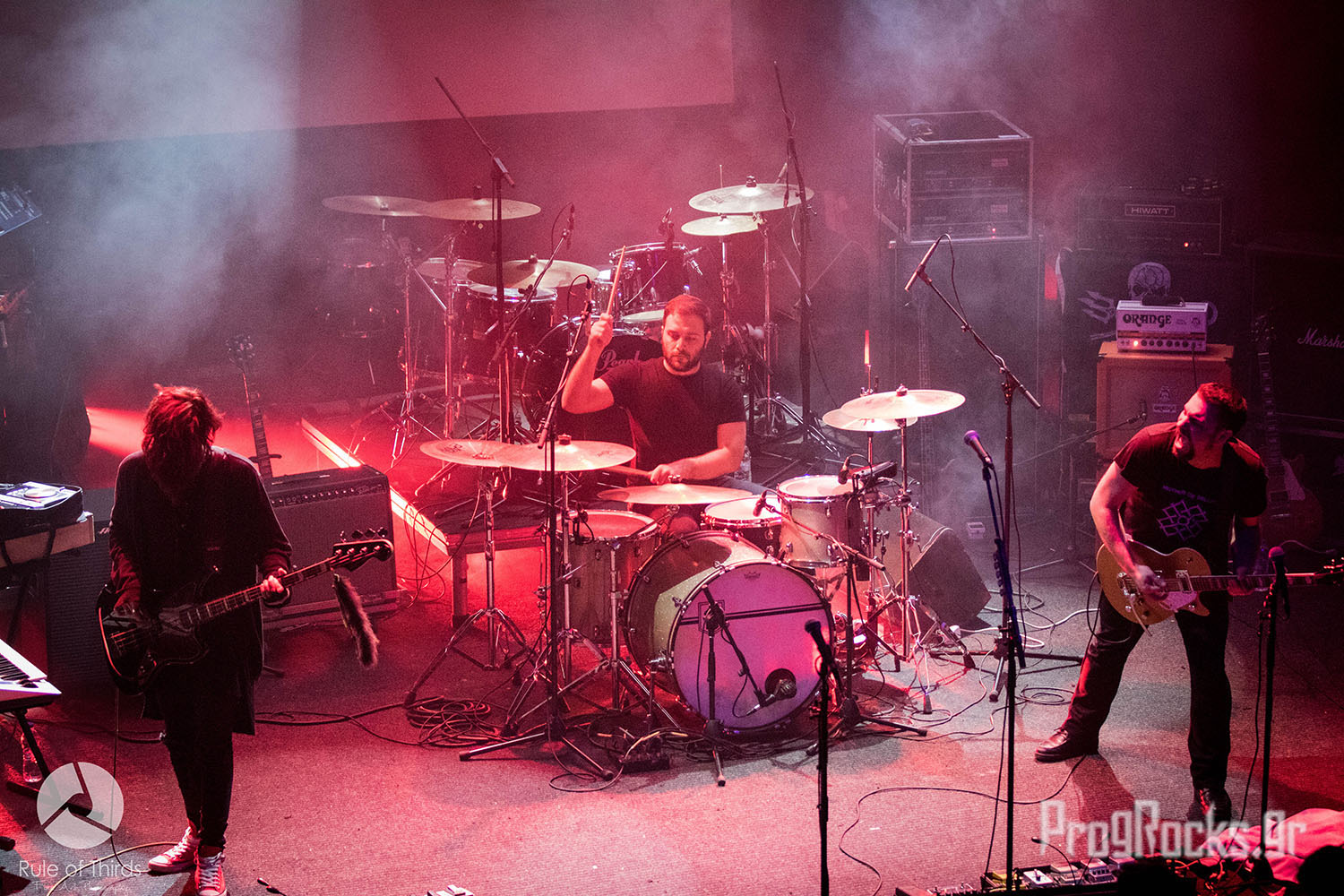 When the doors opened the crowd was very thin, but this was about to change at 9 o’clock. A few minutes later Hypnotic Nausea climbed the stage. The three-unit band from Athens, with electronic and ambient elements, kicked off their set somewhat mildly, but past the first couple of songs, they increased the tension and they seemed to relax and enjoy themselves. They played a shade over thirty minutes, paving the way appropriately for Crippled Black Phoenix. 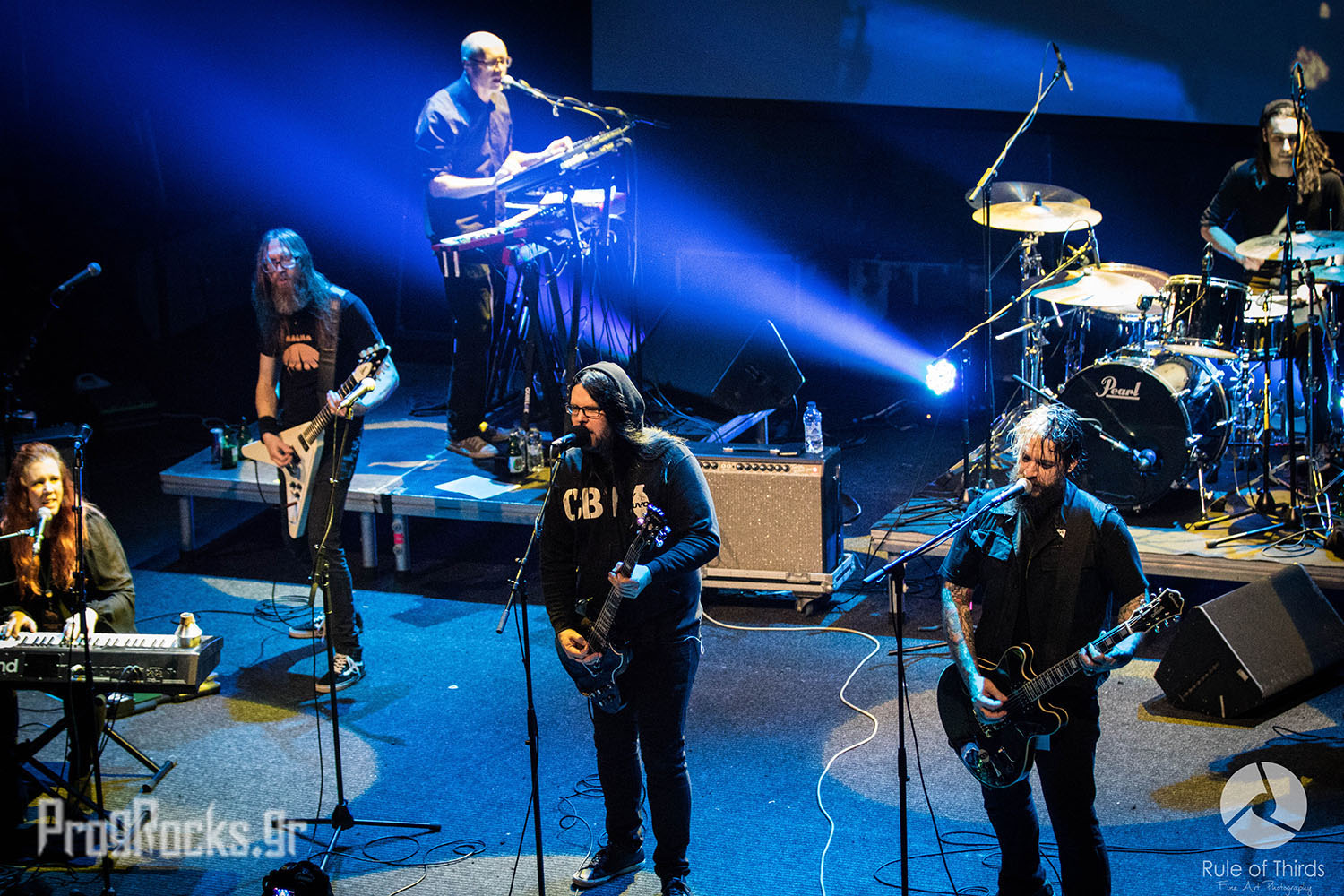 Till then the Fuzz Venue was stock full. After a ten-minute intermission, at 22:20 the band members entered the stage and the crowd greeted them heartily. They kicked off with Bronze‘s opening track Dead Imperial Bastard and Deviant Burials came after that. A short pause to bid welcome to the audience, introduce themselves and ask the attendants if they had bought their new album. Regarding the dilemma posed, whether the crowd would prefer to listen to new or older stuff, the favour was, as is the custom, with the older one. Nevertheless the band went on delivering the next two tunes of their latest release, more melodic and less aggressive, with Belinda’s Kordic vocals on a leading role. 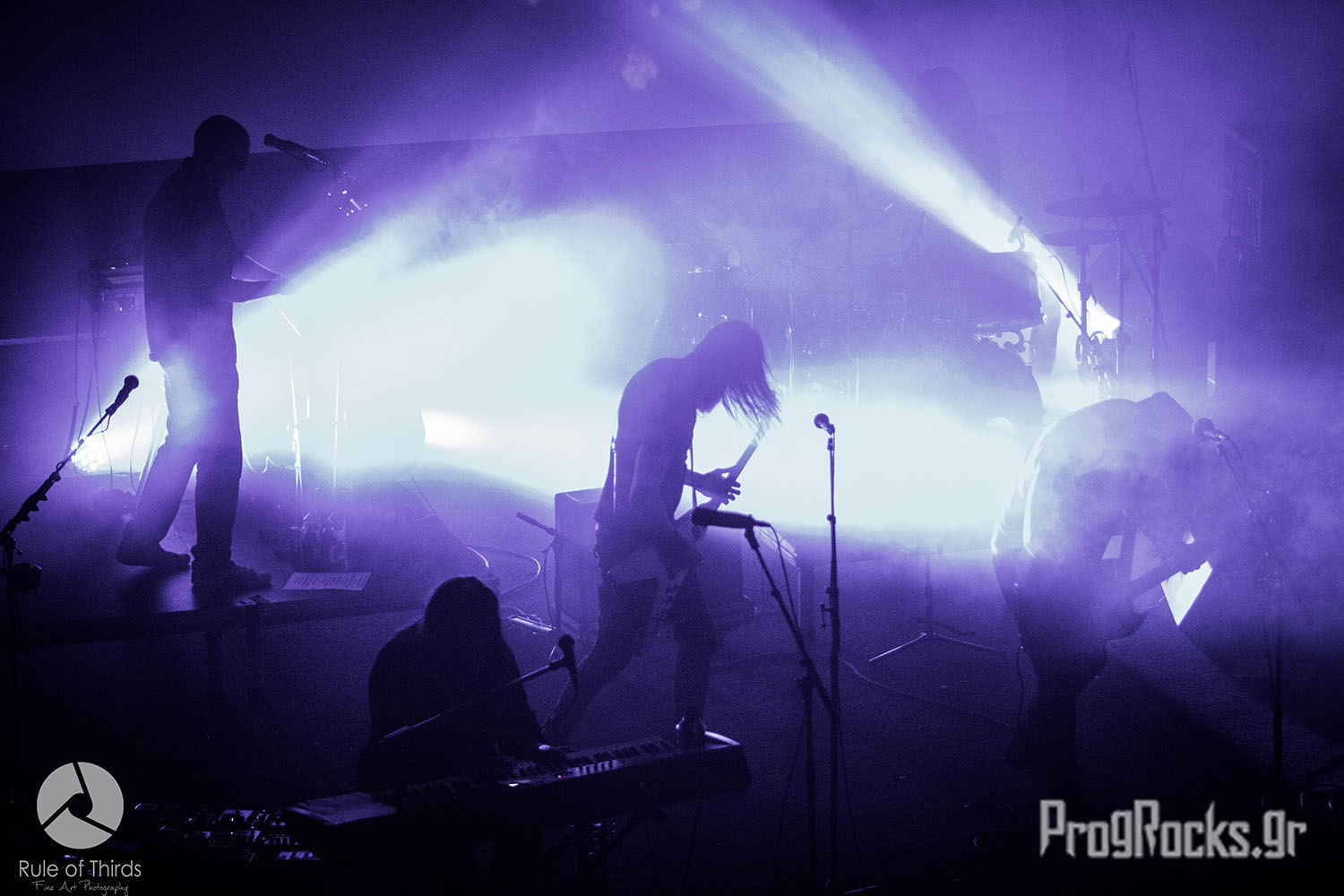 An eight-unit band is hard to come-by and their music filled the room and despite the fact that till then the older material was set aside, people seemed to be acquainted with Bronze, because you could see people singing along to the lyrics. An hour passed and Justin Greeves, the man who glues together the band after all these years, informed us that they intended to play for one more hour, if we hadn’t any objection. Shouts and applause was the answer he got and he rewarded the crowd with two older songs, something that clearly showed how much the audience was hooked to the band’s music. The give and take between the band and the audience was constant, and the same went between the band members. 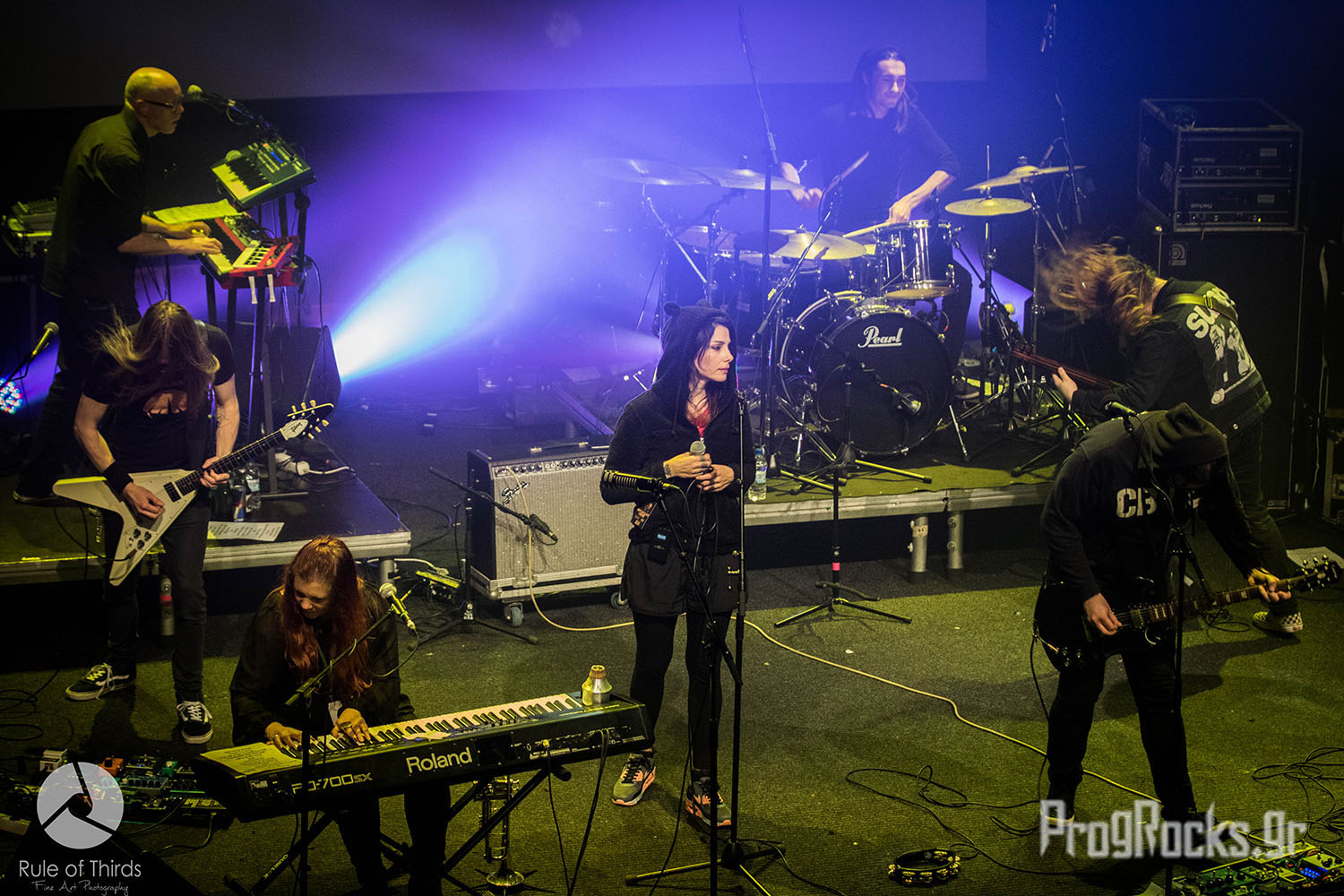 The gig’s most overwhelming moment came two songs before the end, when Daniel Änghede came close to the microphone and repeated three times the number four. Before I catch up with what he said, the crowd went crazy, the bass kicked in and everybody was grasped by its pulse. The three electric guitars joined and every soul sang and danced passionately. When the song ended, Daniel asked from the audience to smile and punch the air, to take a photo and send it to his mother, a ritual of his at every gig.

A couple of songs later they declared laughing that the night was over and prompted the crowd to scream for more. Half a minute later they were back on stage to play We Forgotten Who We Are and two more tunes. 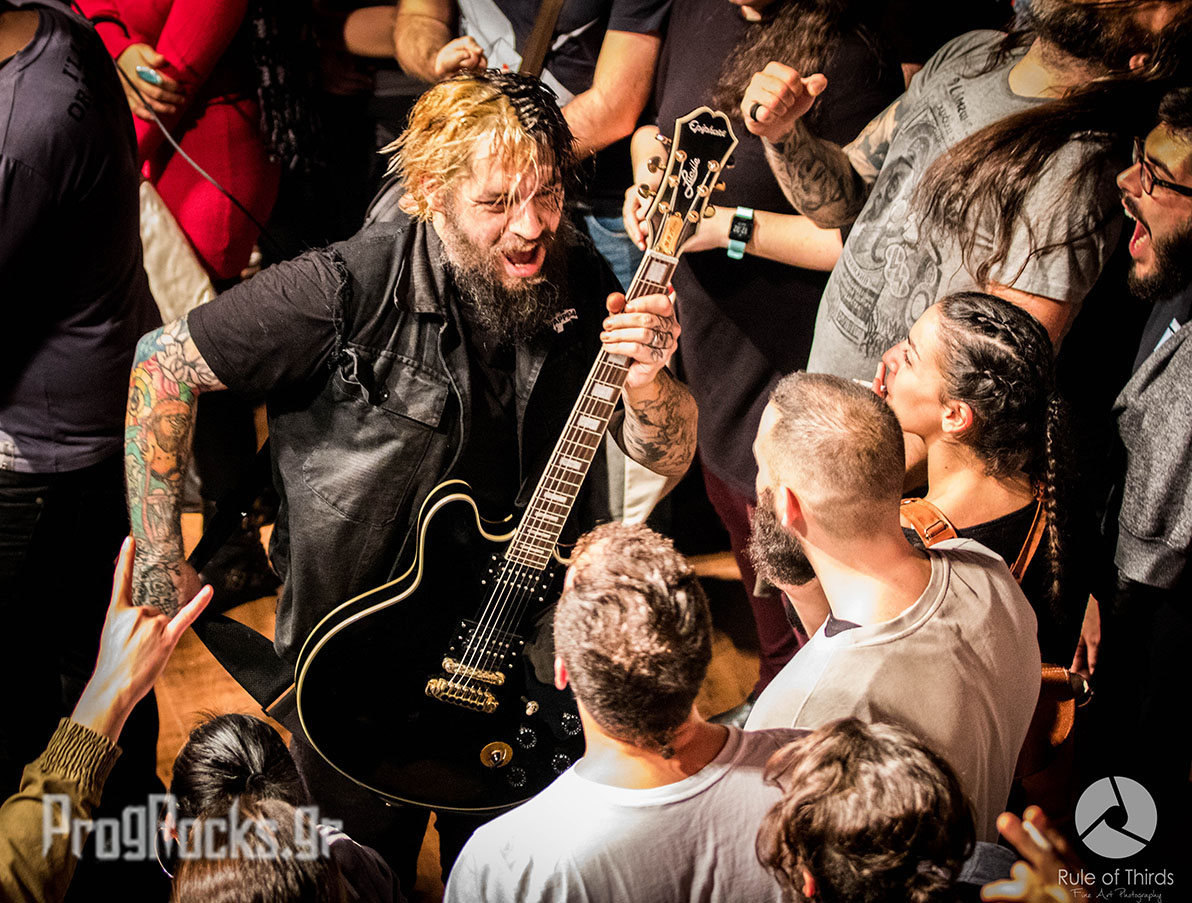 The highlight was the end, when during the last song Burnt Reynolds, Justin Greaves took the guitar and went offstage into the crowd while still playing. Clearly filled with positive feelings of that night, he said that when you’re feeling down only an audience like this could lift your spirits. He spoke about their first visit in Athens back in 2007 and he said that this is one of their favourite places they have ever performed. 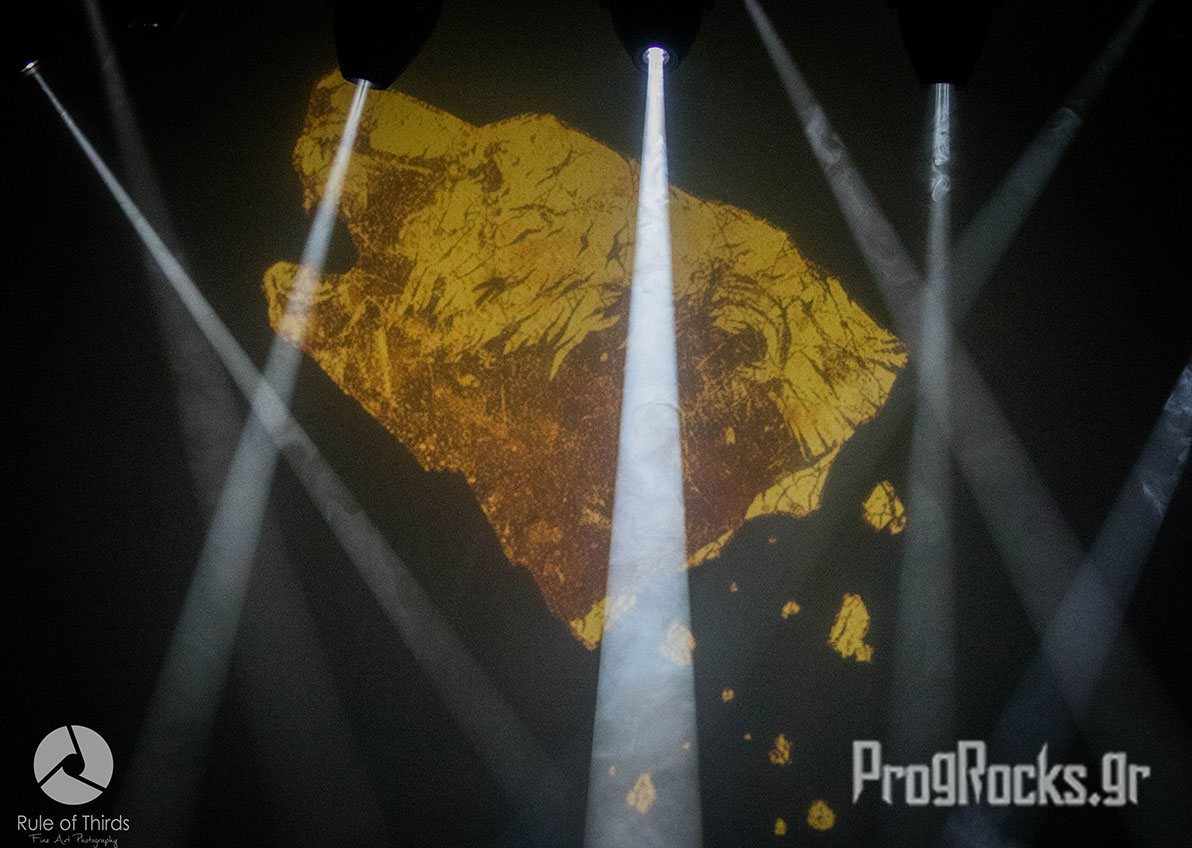 When they left the stage I took a glance at my watch and I was astonished to find out that two and a half hours had passed since they plugged in. One of the “warmest” gigs I’ve ever been to, because you could feel that the band and attendants were one, and they were also seemingly excited to come back.