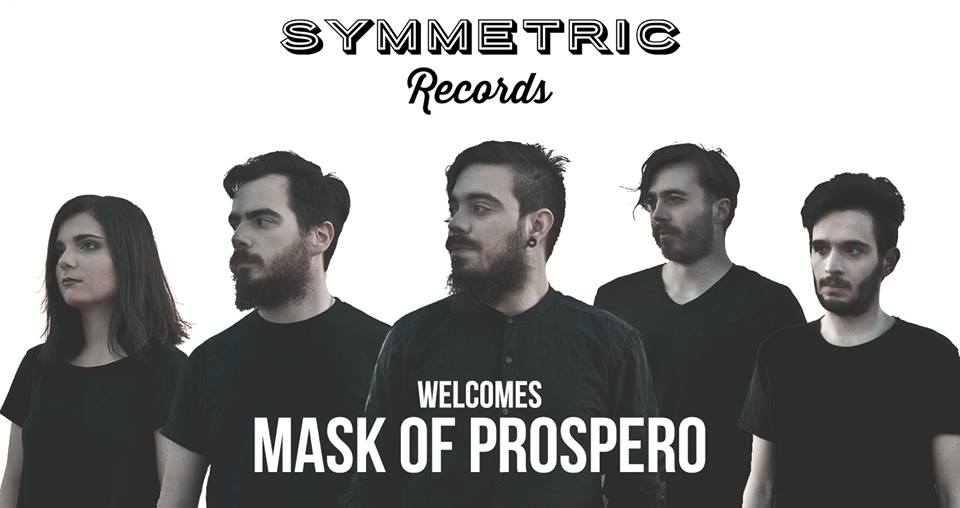 The newly-formed Symmetric Records, the record label of musician and producer Bob Katsionis, has just announced the launch of the collaboration with Greek Atmospheric Progressive Metallers Mask of Prospero!
Their debut album is scheduled to be released on March 11 along with a band live show in Athens and will be released in both Digipak and the new Icon-Disc format, an innovative format that brings the experience of a music album to every iOS / Android mobile or tablet!
“We are very excited about this collaboration with Symmetric Records, both because we know and trust Bob – whom we also entrusted with producing our own album – and because we want to be among the first to release their music on Icon -Disc! There is also great transparency about our financial agreements with Bob, and we also know he will do our best for us without false promises. We are looking forward to the release” says the band.
Bob himself believes that “Mask of Prospero is a band I really wanted to have in my company roster. They are thirsty for creativity and full of appetite for work. They are also good people and I prefer to collaborate and help such people rather than a band that may sell more. Their debut album is something that has never been heard in our country and I will do everything that goes by my hand to get as far as possible.”
This is the first video from the album, a creation by Philip Lycostratis – also responsible for Bob Katsionis’ “Dark Matter” video: