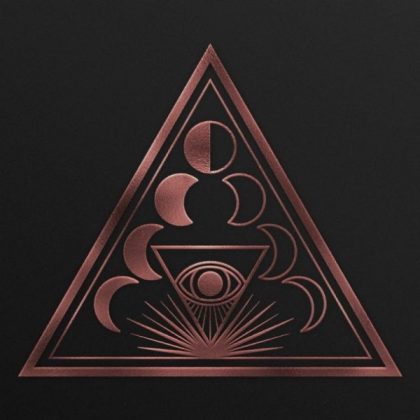 In the last few years the name of the Swedish Soen has become increasingly famous among the friends of progressive music. The band began its career under the undoubted influence of Tool but gradually managed to disconnect from it and develop a quite personal style that has impressed many even more.

This year’s Lotus succeeds a very good predecessor, Lykaia, which gave a major boost to their career and now, on their fourth album, the question that arises is whether they can continue at the same successful pace.

The wonderful identity behind the influences

The arrival of a new guitarist, Cody Ford, does not have a major impact on the style of the band’s music. Soen has long been unhooked from their apparent influence by Tool, and although their influence remains present, it is more discreetly incorporated into the compositions and this time they also remind heavily of the late period of Katatonia and Opeth. The latest comparison also stems from the fact that Martin Lopez (ex Opeth drummer) is a leading member of Soen.

What impressed me most was the singer, Joel Ekelöf, whose voice stands out for its purity and the melancholic tone it exudes on most songs. Once again it is his voice that makes a difference to the composions of Lotus which are not far, style-wise, to those on Lykaia.

The very dynamic Opponent with a very remarkable riff kicks Lotus off, whose content is shared between dynamic songs (like this one) and more melodic ones, and probably the band invested a little bit more on the latter. Lascivious which follows is an ideal example. Based on melodic lines with outbursts it represents the best version of Soen till this day. Martyrs has a prominent place in the album since it was chosen as the first video from the record. The bold movement of the lyrical concept of the song becomes even more intense when you actually watch it on a video that describes the bleak situation experienced by our fellow human beings simply because they differ. It may seem oxymoron for today and the big victories that have been achieved against discriminations that such a subject still remains a taboo. Much of the reaction to this video certifies it as a great, brave choice by Soen.

The title-track (the other official video) is also very beautiful with its Pink Floyd influences and the voice of Joel Ekelöf that colors it with melancholy. In Covenant, the shadow of Tool reappears shamelessly to meet that of Katatonia with excellent bass lines. In general, the songs on the record are very inspired compositions and helped by the perfect production, they reach the listener as they should and this is a significant difference to Lykaia. One more song I would pick, without underestimating the rest, is River. Another relatively mellow piece which includes the finest ingredients of Soen: the melody that has been washed in the waters of the sweet melancholy of its creators.

I think Lotus is another very good album by Soen, added to the previous ones. It cannot be said that it is groundbreaking, or an album that will make Soen huge, but it is guaranteed it’ll keep them within the club of the most special bands of our time.

Continuing the vision launched on Lykaia, the sound of Soen in Lotus vastly eliminates the influence by Tool and moves away from “acoustic” Opeth. The atmosphere comes to the forefront of their music and now every note you hear on their new album is a completely conscious and premeditated choice. Including compositions of shorter duration, the Swedes are trying to support their ideas on riffs and choruses, like any rock band. Beautiful songs, simple structures, the headlight falls on the voice of Joel Ekelöf (the affinity of his voice’s color with that of Åkerfeldt’s remains annoying) and the progressive force that moves their artistic tendencies leaves space for simple structures and melodies. This imperceptible maneuver may have set them free, so that we can say that they released the first great album of their career. Without comparing the group with the great bands of the genre, we’re certain that Soen are now starting to build a modest, yet quality career as leaders rather than followers of a decadent scene.