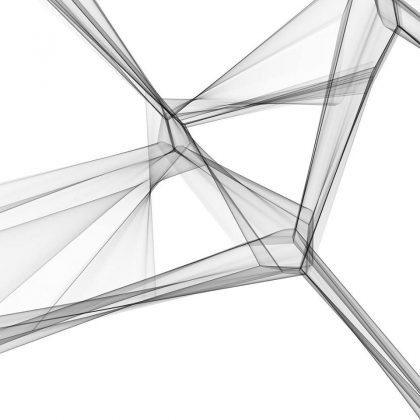 As Progrocks.gr, we had the chance to meet the American Perfect Beings from their very first steps. The band that was formed when Ryan Hurtgen accidentally met Johannes Luley released their self-titled debut album in 2014, and one year later their second album (II) was released, which was more or less similar to their first. The melodic progressive rock of Perfect Beings leaves no room for questioning their playing skills and how well they know the music they play.

Vier is their third album, which finds them under InsideOut with a new drummer, the great Sean Reinert (though he doesn’t play on the album) and the expectations grow sharply.

After the very promising debut and the second “good but not great” album, Perfect Beings are at their first clear turning point. With Vier, they themselves seem to choose the hard way. The four suites of a total duration of 73 minutes make their intentions clear and the result seems to justify them.

Vier is clearly a progressive rock album. Its logic, structure, orchestration are clearly based on the past and the present of the genre. Modern production, marriage to the essence of alternative and –at some points- pop vocal lines, are perfectly combined with the clear 70s references, especially to the greats: Yes, Pink Floyd and King Crimson. Particularly the influences from King Crimson are pleasantly surprising here, although they have not been integrated as much. This however does not change the clear identity of the band they have acquired after three albums.

The splitting into four large parts helps the listener navigate within the long duration of the record. Each part has its own identity and can act as a standalone entity without harming the homogeneity of the whole. After many hearings, it is understood that the basic skill of the band is the way they adapt their tendency to experimentation and versatility, on their clear compositional vision. Multiple vocal layers, jazz-rock outbursts, Floydian soundscapes, sophisticated pop (a la Peter Gabriel), unconventional rhythms, symphonic moments, all acting in favor of the compositions.

The opener Guedra goes through a lot of mood and speed changes during its 18 minutes. It is clear from the beginning that the use of vocals is one of the band’s main aims, something that was also evident in the two previous albums. However, this does not prevent them from experiencing with extensive atmospheric and jazzy instrumental parts. At The Golden Arc (especially in its first part) their tendency to walk on symphonic paths becomes clear and to their credit they do not choose the most pompous way to do so. Vibrational sounds more contemporary, encompassing the most Floydian moments on the album. Anunnaki is the “fullest” of the four parts, perfectly summing up all the features in Vier and giving the perfect closure to a wonderful journey of sounds.

With Vier, Perfect Beings manage to establish themselves emphatically in the world map of progressive rock. In spite of the variety of their music and the contemporary style of their sound, they are mainly addressed to their fans of the genre. Under the banner of InsideOut they can reach out to many people that are not aware of, which is certainly a delight if you remember the many golden mediocrities that have been suggested as important in recent years. And it’s great that they do it on their own terms.

With Dicki Fliszar’s (drums) and Chris Tristram’s (bass) leave not harming the band, the American progsters released their third and probably more ambitious album to date. The 18 pieces of Vier are divided into four basic sections: Guedra, The Golden Arc, Vibrational and Anunnaki. Once again, the great perfection of Perfect Beings is the combination of many and often disparate elements, resulting in a multifaceted effect that excites the listener. Progressive rock, art-pop a la Peter Gabriel, 80s synth-pop, jazz and elements from modern bands like The Dear Hunter blend in perfectly, while Sean Reinert’s (Cynic, Death, Gordian Knot) participations is more than essential and a good reason for new fans of the band. The main negative elements of this grower album are the very long duration (about 72 minutes) and the subsequent fluctuation in flow and quality.