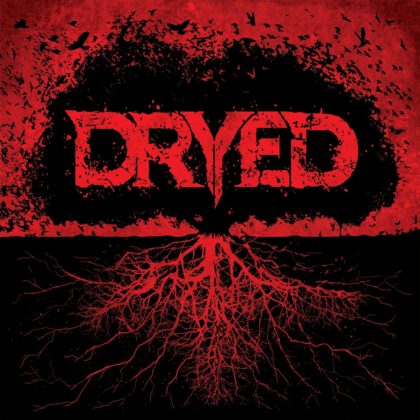 It is not very common to get a debut album from a band that has existed for 15 years. Dryed had performed live on numerous occasions and for a band with no releases they have managed to create quite a following for themselves. This first release is doubly special for the band as not only it is the debut it also features the vocals of their previous vocalist Panos Mademlis that sadly passed away in 2019. His vocal abilities where quite famous in the underground circles and the first samples that the band had showed even 10 years ago were very interesting. In 2022 they decided to release their first album being more mature and ready to ruffle the waters by even creating their own NFTs…

The past into the future

Getting straight to the point… just like the debut of Dryed, they create groovy, aggressive, balls to the wall type of metal. Coma gives a great taste of the very groovy rhythm section, choppy riffs and very energetic and diverse vocals of the late Panos Mademlis.

The energy coming out of the whole album is very youthful, full of energy, aggression and indignation towards everything and everyone. But while you would expect this from a young group there is more to this album as there is enough creativity here and mixes of groove, melody and aggressiveness to make the album feel special.

Speaking of special, the vocals of Panos Mademlis need to be mentioned here since he can seemingly do it all. His vocal abilities were very reminiscent of Daniel Tompkins in the sense that he can move from harsh screeching vocals, to screams to purely melodic vocals in a drop of a dime. His vocals give a great variation and elevate the compositions.

Not to be overlooked, the rest of the band rise to the occasion playing pretty stellar metal music. While the compositions are not ground breaking, or unique the level of playing is very high with great guitar work from Yiannis Fasoulakis especially in some leads in songs like Saw it Coming or some progressive licks in songs like Slumber Away.

The rhythm section of George Pagidas on bass and Nikos Miras on drums carrying a very stellar groove throughout the compositions and picking up the pace when things become more aggressive like in Working Machine which is a more straight forward heavy piece without the band showing their melodic touches, however they do vary between full on aggressive Mudvayne style metal and groovy Pantera like moments.

While the aggressiveness dominates the 39 minutes of the album, the band excels in melodic and memorable choruses as well. These choruses work even better when the interplay between aggressive and melodic parts is seamless like Perfect Lie, Ocean and the album closer Pushing Me Deeper. The closer has much to showcase in terms of both rhythm section, great guitar work and the outro give a nice finality to album.

The album works doubly for Dryed. It is a both a very good introduction to the sound of the band and something that will hopefully make them be more active in the future, but at the same time it serves as a homage to their fallen brother that with his talent and presence created something memorable.

The songs of this album were recorded in 2009-2010, but the departure of the singer of the band Panos Mademlis in 2012 froze the completion and release of the album. Panos unfortunately passed away in 2019. Three years later, Dryed released their first and eponymous album, dedicated to the memory of their late singer.

Dryed is a metal album with clean and brutal vocals and this is heard from the first track entitled Coma. The songs of the album are dominated by the characteristic voice of Panos Mademlis. An album overflown with rage in vocals, rhythm guitars with loud and fast riffs, but also in dynamic drums. Their influences from Tool and Mastodon are evident, while the last song Pushing Me Deeper strongly reminded me of Alice in Chains. Slumber Away and Circle Away are my favorite tracks on the album, dominated by great vocals and melodic guitars. Pushing Me Deeper is the most melodic song and a sad ending. In general, the album is a very remarkable and quality metal release that deserves our attention.

Playgrounded release video for ‘The death of Death’

Tuesday January 18th, 2022 News Comments Off on Playgrounded release video for ‘The death of Death’

Need – Norchestrion: A Song for the End

Sunday January 17th, 2021 Νέες Κυκλοφoρίες Comments Off on Need – Norchestrion: A Song for the End