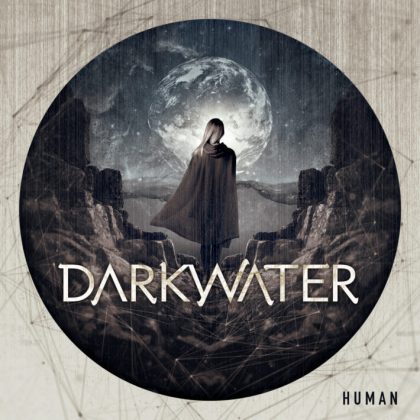 The Swedish school is one of the most stable producers in the metal scene and of course the progressive scene couldn’t be absent from the products. For the initiated, Darkwater is one of the most interesting cases. Their debut came out in 2007 entitled Calling the Earth to Witness which was praised for its technique and melody but it was too much on the Dream Theater tracks, like so many other bands of the genre.

Music fans always have standards for a hopeful band but their album Where Stories End struck like lightning being one of the best releases of 2010. The sympathetic 5-piece has evolved its sound, giving us emotion, perfect instrumentation which when combined with the quite unique and expressive vocals of Henrik Båth are giving the progressive community another reason to shine the light on them

After that release many people forgot about Darkwater since it took nine years for another album release. However, they’re back with an album that they were composing all this time and as a main theme have they imprint of the human passions and the battles that each one of us gives. The lines below will analyze if the talented Swedes are managing to win their crowd back.

The first thought after hearing Human was that not a day has passed for Darkwater. All the elements that we loved are here, the dominating keyboards, the melody, the hard riffs but also an emphatic atmosphere in lots of the songs. The progressive metal they serve is fresh, with pulse without becoming tiring, of course we can’t talk about parthenogenesis, but the character they have forged in only two releases is apparent. So naturally there are a lot of similarities in the song structure as in Where Stories End.

This time the Swedes are aspiring to dress their music with sensitive topics like suicide, internal chaos, personal struggles and confusion. To achieve their vision, they create a music world which is surrounded by varied sounds form the keyboards of Magnus Holmberg, often being followed by dark modern riffs and a very passionate rendition. Their goal however is not to cry and imprint a gloom, but the hope that rises after every hardship, a hope that has been lost in todays society. As a result, a lot of changes in the compositions have hymn like choruses and quite melodic vocals that flirt slightly with the power metal genre. In songs like Burdens the combination works perfectly, but in some other like The Journey the results is a bit daring if not unconnected. The bridges have been written very carefully, as wel as they keys which along with Båths’ vocals are the strong aspects of Darkwater. However, the Swedes, are often perfect in the rhythm section as well, along with the 7-string ideas which are being brought forward by the very good production and they complete harmonically the musical landscape.

However, thankfully every composition has something to offer in the story being told. Personally, I loved In Front of You because of the intro riff and the eastern aesthetic (it is not the only song that has middle eastern vibes) an the memorable chorus, Burdens because of the many changes and the nice guitar parts and the dynamic rhythm, and the epilogue Light of Dawn which is one of the most progressive songs of the album, a synopsis of all the elements that make Darkwater, an optimistic ending in a sad theme. The duration of the album is quite big, reaching 76 minutes, however it’s not clumsy or purposefully elongated to create an impression. It’s worth noting that there is a repletion in the logic of the compositions. In some cases it’s logical to happen but in some other it should be avoided. It’s not that the songs sound similar, but their evolution is. Darkwater don’t surprise anymore , like they did with Where Stories End but they definitely don’t disappoint.

Is the above enough so that the whole album can be negatively judged? Nope, the album is quite pleasant in a genre that is tortured by an infertility and lack of inspiration. Human is what Dark of Anubis Gate could be and is that which we would like Dream Theater to do. Their absence from music didn’t work adversely, which resulted in a very good album which is worse than its predecessor. At some point Darkwater reproduced Dream Theater, now we hope that others will reproduce Darkwater.

After 9 years of absence ,Swedish prog metal outfit Darkwater is back with  their third release Human. This  is really new begining  for the band which was often compared with some leading bands in this genre as  Dream Theater, Seventh Wonder and Evergrey. The album  delivers  solid progressive / melodic metal  with powerful production  sound and an exceptionally talented lead singer, Henrik Bath. The rest of the band  are superb musicinas as well , as they have created  many memorable soundscapes in which such an amazing  vocalist can shine. Cool riffs, great atmospheric / symphonic keyboards and catchy melodies  are everywhere  on  this  record. The prog elements added in the riffs and rhythm are very well placed and sounds very natural. The lyrics have moments of cliche but more often than not are well written. Highlights include Alive (Part II) (personal favorite) and  In Front of You. The second part of the album has some monotonous moments and it does feel a bit hollow and lacking in dynamism at times and its the only thing at all that detracts from the overall quality of the album.Human is definitely a step forward in the band’s career  and proof that Darkwater still  has something to offer in prog metal world.