John Wetton is not just another great artist with a long spinning career who left us early. Moreover, his name is not a mere addition to the list of musicians who died recently that triggers uninspired, and often meretricious, comments in social media. Truth is, people were not moved by Wetton’s passing as the caliber of his work dictates. 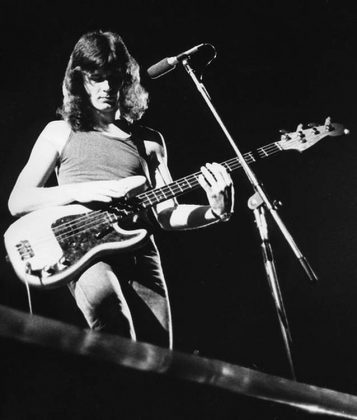 This is because he never acted like a rock star, but he was always discreet, polite and astonishingly down-to-earth. When interviewed, he would be more like your beloved uncle than a rebellious rock star, because his rebelliousness was expressed purely in musical terms and he kept always a low profile. Only a handful of musicians were as great as he was who went, artistically speaking, above the clouds, never making a fuss over it. Wetton’s career had everything: stunning albums where he performed, huge bands in which he was a member of, timeless songs that he composed, the commercial success he created and lived, countless gigs and tours… everything. He meant much more to all of us, the fans of progressive rock, since he was one of the top representatives of the genre, being present in unreachable summits like the eternal Red or the incredible debut of U.K. Was there really any other better bassist/singer in rock music ever? Perhaps the -also late- Greg Lake?  Or Geddy Lee? Maybe they are the first that spring to mind, but if someone takes into account the fields where all of the above were tested, the scale always tips in favor of the ever-smiling John. One thing is certain, his passing was not in any case a necessity, so as he would never be forgotten. Out of the long career of our beloved John Wetton, we picked ten albums which are special for a variety of reasons. 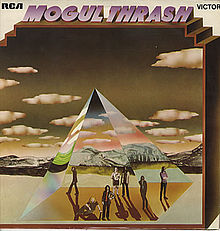 After the split with Colosseum, during the recording sessions of The Grass is Greener, James Litherland formed Mogul Thrash along with future members of Average White Band and Fotheringay, Bill Harisson on drums and a 22-year old guy on bass and backing vocals who was playing in the Londoners Splinter. The album was released by RCA and the production was taken over by the great Brain Auger and today is held as one of the genuine gems of the early 70s British prog rock. The album is a more rock-oriented prog-fusion version of Colosseum, sporting ballsy and tight playing and beautiful songs like Elegy, which was composed by Litherland and featured also in The Grass is Greener (and yet, in my opinion, this version outclasses the original). Listening repeatedly to the marvelous Mogul Thrash, the young bassist takes us by storm, stealing the show with his out-of-this-world playing in his recording debut. Of course, this was just the beginning…

Sometimes history plays strange games. When the recording of Lizard was completed, Gordon Haskell departed from King Crimson being their only lead singer who never performed live with the band. Shortly after, he recorded his second solo album along with excellent musicians including John Wetton, the young bassist of Mogul Thrash, who played also keyboards, guitar and did back-up vocals on It Is and It Isn’t, aside bass. What we’ve got here is a unique singer-songwriter folk style with sardonic humour and the lyricism of Haskell’s melodies, but also richly arranged. After joining Family and establishing himself, Wetton filled in Haskell’s shoes in King Crimson and made history. On the other hand, Haskell (who has Greek ancestry – Hionides was his Greek-American father’s name) became a session musician because of financial obligations and today he lives in Skopelos island. From this album, the beautiful Upside down is a personal favourite.

Having already turned down Fripp’s proposal to join King Crimson, Wetton chose Family as the next step in his career after splitting with Mogul Thrash. His decision stands to reason, if we bear in mind their complex style that combined folk, jazz, progressive, blues rock, psychedelia, as well as the iconic figure of Roger Chapman. It’s July, 1971 and the first sample was the single In My Own Time that reached No.4 in the UK singles chart and was pinned there for 13 weeks. The same year, Fearless was released. Wetton’s contribution is invaluable as regards the arrangements, as well as in making the style of Family tighter, but also more flexible. The flawless basslines along with the back-up vocals and guitar broaden the arsenal of melodies and rhythms, a fact that is testified in Between Blue and Me, Spanish Tide, Save Some for Thee. With their line-up unaltered, they will release Bandstand, after which he will depart to join King Crimson… 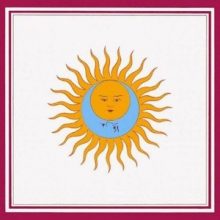 Larks’ Tongues in Aspic incarnates for the fifth time the vision of King Crimson’s mastermind, while it is the first out of the three albums that the, asleep now, great British musician John Wetton took part in. The compositional contribution of the genuine artist in this album cannot be stressed, while his velvet and simultaneously strong, almost bluesy, throaty voice, broadens the already wide and diverse palette of the album. The six compositions, all of them tangible pieces of divine inspiration, reminisce of the past, put present to sleep and mould the future, rendering feasible the insertion of deconstructing elements, uncontrived improvisations, traditional eastern influences, free jazz structures, heavy rock riffs, always under the meticulous guidance of the edifier Robert Fripp; an excellent western civilization piece of work. 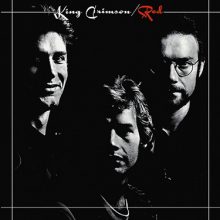 The swan song, regarding the band’s first era, as well as Wetton’s future with the group. The beloved bassist / composer / vocalist contributes more actively, lyrical- and compositional-wise, most notably in the timeless hymn Starless, as well as in the instrumental Providence. An album that gratifies the listener who invests time to get under its multiple layers, acting as a consul of revelation. A literally life-giving, evergreen masterpiece, a crack of escapism from the fragile, ephemeral life. After his ascension, John will surely schmooze with others who will ladle lavishly the love on the album; he might convince Fripp, when his time inevitably comes, how much important things were arranged and depicted through this album.

Diamond Head is an extraordinary piece of progressive rock bordering on art-rock (if these borders really exist). The amazing thing is that Manzanera played in two more albums this selfsame year, in Quiet Sun’s Mainstream and Roxy Music’s Siren. Here, as the band leader, decides to put together an assembly of musicians and therefore the listener comes in contact with personalities such as Robert Wyatt, Brian Eno and, of course, John Wetton. The album hosts a bunch of instrumental songs, but also some where guests do the vocals. Manzanera has the wit to give his guests free rein to improvise, or even compose. In Same Time Next Week, a tune where Wetton sings duet with Doreen Chanter, shares also the compositional credits with Manzanera, leaving his indisputable stamp with his voice, but also with his much underrated bass playing.

High and Mighty is the ninth studio album by the mighty Heep, released in 1976 and the last one featuring David Byron on the mic. Following the approach that they offered on the previous album Return to Fanstasy, this release delivers ten well-structured and very enjoyable songs. This time, John Wetton finally got a chance to shine. The highlight is the marvelous hard-bluesy ballad Weep In Silence written by him. His contribution includes also co-writing credit for another outstanding tune Footprints in The Snow, an energetic vocal performance in One Way or Another and of course his trademark, magical heavy bass sound through the entire record. 40 years later, High and Mighty still divides both critics and fans alike, but it is definitely one of the 70s rock jewels and a testimony of Wetton’s incredible talent.

If somebody is seeking for an example of a successful supergroup, then U.K. is the one they are looking for. The outcome of this first collaboration of these four musicians was one of the best progressive albums of all time, let alone all those that were released outside the enchanting era of 1969-1975. The jazz influences of Brufford and Holdsworth are evident, while the nuances that Eddie Jobson adds are perfect. Yet, it is Wetton’s personal style that infuses the vintage progressive rock tone into the album, emphasizing in songwriting, tinged with an ingenious commercial touch (a precursor of Asia, one might say). His voice has clearly improved in comparison to King Crimson era or, to be precise, it sounds more confident, allowing him to deliver some of his best performances. U.K. sounds as if it summarizes what progressive rock was in the seventies, foreshadowing how it would be like in the future. This thing alone renders it a great album.

The crucial departures of Bill Brufford and Allan Holdsworth after the release of the magnificent debut of U.K. would surely have a profound impact on the direction of its follow-up. And yet, the remaining members John Wetton and Eddie Jobson took over the task of song-writing all by themselves and with the invaluable contribution of the great drummer Terry Bozzio they pulled off to record one more masterpiece. By leaving Alan Holdsworth’s gap unfilled and by adding more keyboards, while the rhythm section of Wetton and Bozzio performed miracles, they imbued their fusion-based progressive rock with catchy melodies and vocals, generating an outing which is so fresh and prophetic that it is not far-fetched to tag it as “the future prog”. Cuts like the technocratic The Only Thing She Needs, the melodic Rendezvous 6-02 and Nothing To Lose, but most of all the title-track and the epic Carrying No Cross where Wetton indulges in one of his best renditions ever, are prog heirlooms in tough times for the genre. 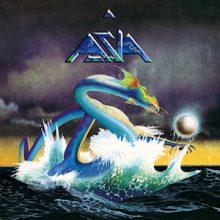 The debut from this prog supergroup was released in 1982. The four world-class prog musicians (Wetton, Palmer, Howe, Downess) created a mega successful album that topped the charts all over the world and sold very well. However, it’s a kind of album that every serious prog fan loves to hate. Well, maybe it’s cheesy, not so proggy and too poppy, but every song in it is also catchy but strong, simple but complex, and each one is played with exceptional precision. The polished talent and musicianship is everywhere on this wonderful recording. Wetton’s songwriting is astonishing. His vocal delivery is over the top, especially in the timeless classics Heat of the Moment and Wildest Dream. Undoubtedly, he was the driving force behind this release. Asia’s first and only masterpiece stands the test of time and today sounds as good as it did 35 years ago!